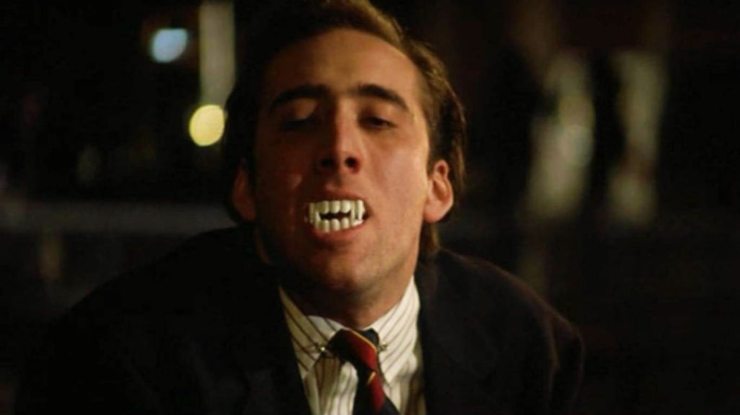 Hot off the heels of his role in the critically acclaimed thriller Pig, Nicolas Cage has found his next role, as the legendary vampire Dracula in Universal’s upcoming monster movie Renfield.

Cage stars alongside Nichols Hoult who is playing the title role of Dracula’s lackey R. M. Renfield. In Bram Stoker’s Dracula, Renfield is believed to be suffering from delusions and madness, but in reality, he is under the influence of Dracula. Awkwafina has also joined the cast.

Renfield is set to be directed by Chris McKay and is based on an original story from Robert Kirkman (The Walking Dead”). Ryan Ridley (“Rick and Morty”) penned the script. Filming is set to begin in early 2022 in New Orleans.

This won’t be the first time Cage has bared his fangs, he also starred in the “oh so bad it’s almost good” 1988 flick Vampire’s Kiss. Hopefully, we’ll see Cage will play things a little more seriously this time around. We’ll keep you posted as new details emerge about Renfield. In the meantime, here’s a look back at the trailer for Vampire’s Kiss (you’re welcome).