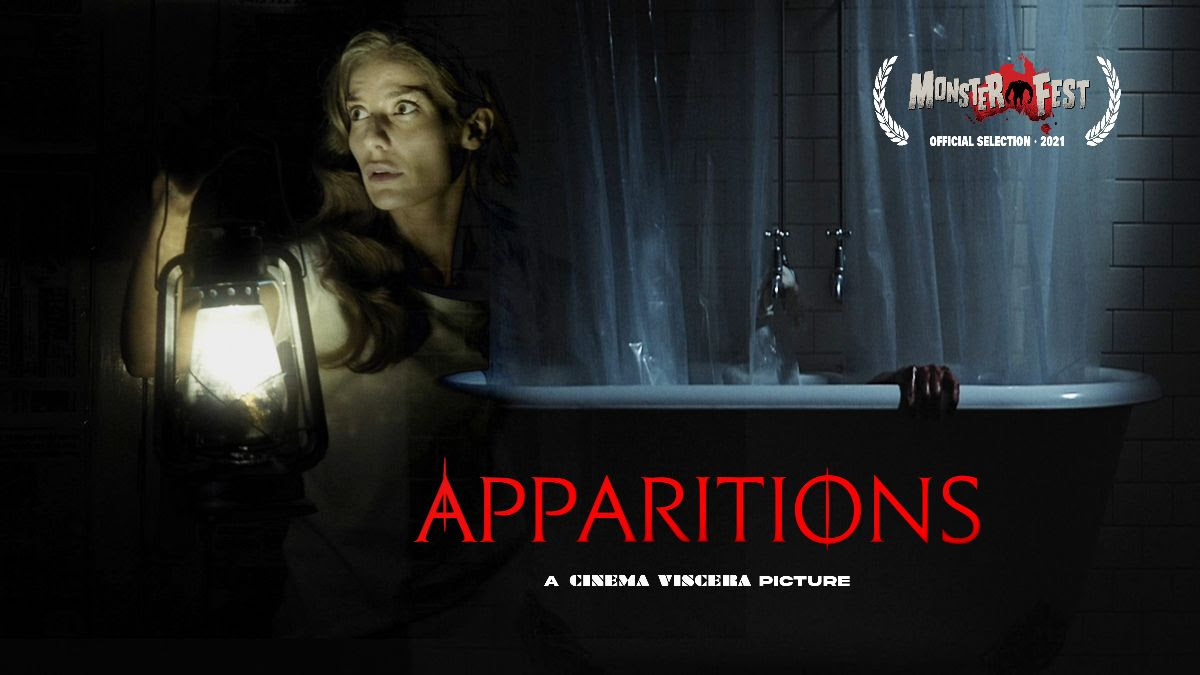 Combining psychological horror with a couple of other styles of fright fare that I don’t want to spoil here, Apparitions (Australia, 2021) is a well-crafted shocker  from the cowriting/codirecting team of Perri Cummings and Paul Anthony Nelson featuring admirable performances and a good amount of intrigue. Lily Stone (Cate O’Connor) has just graduated from university but what should be a high point in her life so far is overshadowed by the fact that she was the only survivor of a family slaughter that she witnessed as a young girl (as revealed very early on in the film). She returns home to what locals consider a haunted house to find out more about her past. Lily fails to contact her best friend Alice (Shanon Kulupach), who goads serious-minded cop Jane Wilkes (Cummings) into taking her along to find out what is wrong. Deadly mayhem ensues as long-buried secrets are uncovered. Cummings and Nelson run protagonist Lily through the wringer both physically and emotionally, and O’Connor delivers in a fine showing. Cummings and Kulupach also give standout performances, aided by a sizable supporting cast that includes Stefan Dennis and Wayne Tunks. Stirringly directed, well-paced,  and offering some startling surprises, Apparitions offers plenty for horror cinema fans to enjoy.

Independent Australian thriller Crow Valley (2021) finds a man named Benny Jones (writer/director Josh Conn) on a mountain bike trip in the titular stretch of land hit by a car driven by a hiker named Greta (Nicole Freeman). Greta takes him to a remote cabin, where the pair must wait for two days before someone can come help the badly injured cyclist. Both of the characters harbor dark secrets, and Conn keeps viewers on tenterhooks as we try to figure out the story’s mysteries one puzzle piece at a time. Conn ratchets up the suspense tantalizingly, increasing tension as the backstories of the cyclist and Greta are slowly — and chillingly — unveiled. The two leads have stirring chemistry together, and both inhabit their characters with gusto. Supporting cast members Tina Rettke, Peter Murrihy, Jessica Leaming, and Isabella Tognon all turn in solid work in some roles that could spoil things if called out here. Crow Valley is the sort of thriller that works best when viewers go in as cold as possible. It’s well shot and directed, with impressive production values. Be sure to keep your eyes glued to the screen for the final shot. 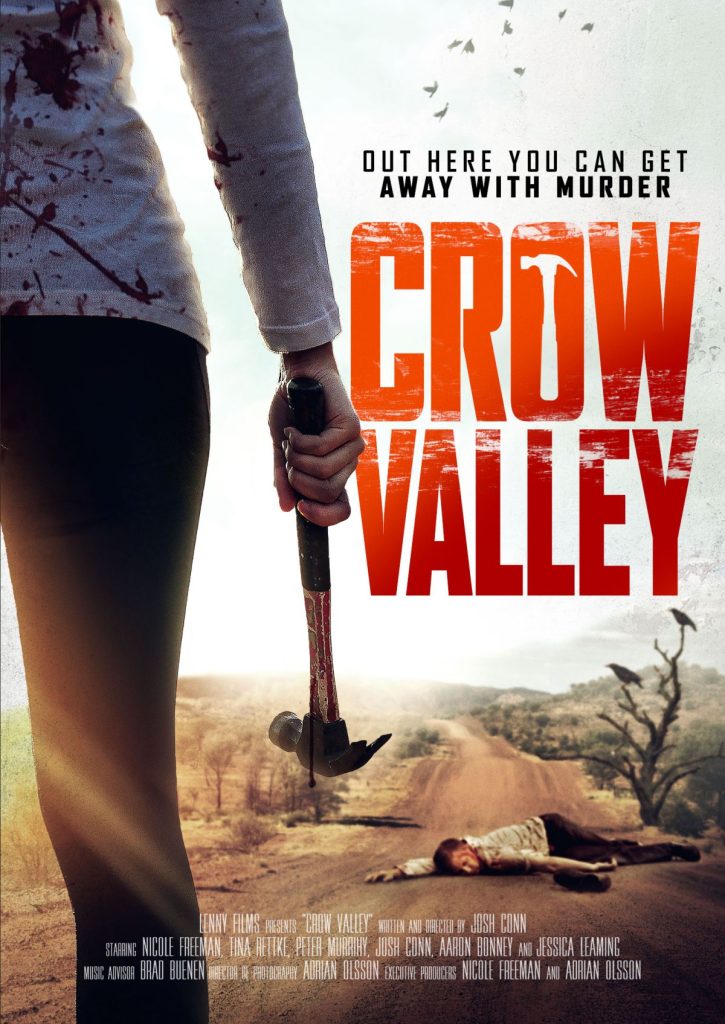 Writer/director/star Martin Copping combines hand-wringing suspense and a hard look at substance abuse in his taut thriller The Dunes (Australia, 2021). Nicholas Rice (Copping) returns to his old Australian hometown The Dunes after losing his job as a reporter in Los Angeles, where he lives with his partner and their child. While there to visit his aging father, tie up loose ends with the family rental property, and try to get himself sober, he encounters a stranger named William Night (Tim Phillipps) who keeps hanging around a little longer than he should and popping by at unusual times. With memories of his past popping up to haunt him and the temptation of ex-girlfriend Beccy (Marsha Vassilevskaia) lingering, Nicholas already has more than enough to deal with, when more trouble comes calling in a very deadly manner. Copping helms The Dunes with an interesting approach, as the film starts off with a slow-burn pace but has a constant air of things eerily not being right in Nicholas’ world — a persistent sense of dread that keeps the proceedings on edge. The cast is top-notch, including Copping portraying Nicholas as a flawed man who remains sympathetic and Phillips investing William with an enigmatic quality. 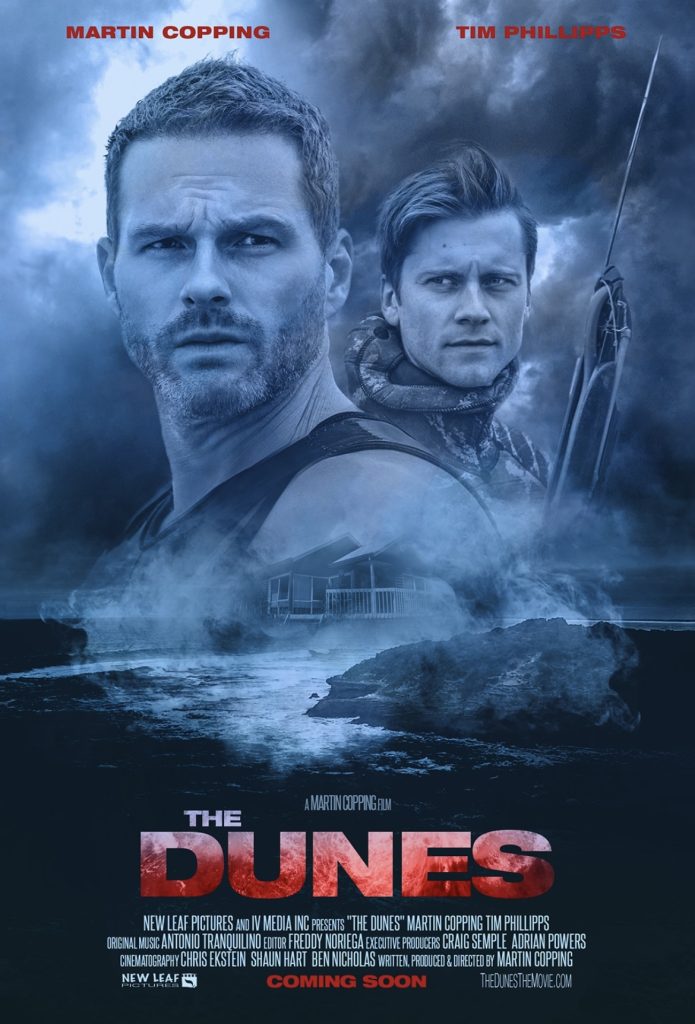 Apparitions, Crow Valley, and The Dunes screen as part of Monster Fest, which runs December 2–12, 2021 in Melbourne, Australia. For more information, visit https://www.monsterfest.com.au/.