Italian Horror ‘Xpiation’ Gets A February Blu-ray And DVD Release 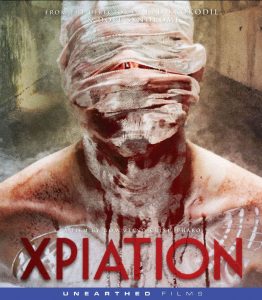 Italian director, Domiziano Cristopharo, behind films such as Red Krokodil (2012), American Guinea Pig: Sacrifice (2017), and Torment (2017), returns to indie horror with the film Xpiation (2017) which is now getting a North America release from Unearthed Films this February.

In Xpiation, a mysterious aristocratic woman begins torturing a man while videotaping it. The torture escalates as we find out the secrets the man holds inside of him. Pleasure and pain are all on the menu as we find out the full meaning of The Trilogy of Death.

Emanuele Delia, Karen Lynn, and Chris Milewski star in Xpiation which lands on Blu-ray and DVD on February 8, 2022. Bonus features include bloopers, a photo gallery, and trailers.

← Prev: The Legal Battle Over 'Friday The 13th' Is Over Next: George R. R. Martin Calls The New "House Of The Dragon" Series "Dark" And "Powerful" →