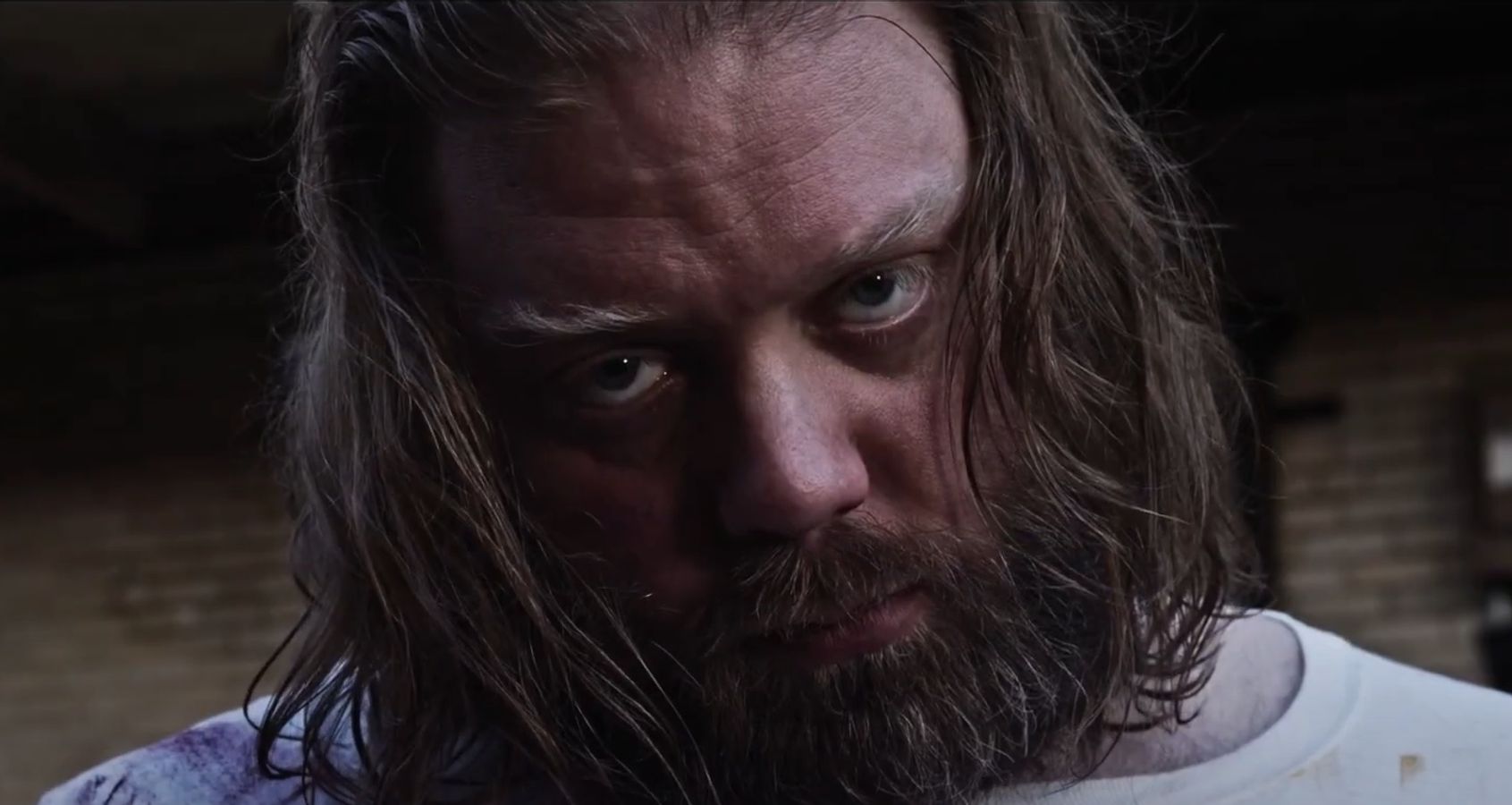 The darkness that has long-stalked a man closes in on him in the indie horror Rust Belt Driller, starring Aaron Krygier, Jillian Geurts, and Veronica Knightly. In the new trailer, we see an advertisement for the tool, the Rust Belt Driller, and flashes of the brutal violence that fills the film.

In the movie, “Renn Maxwell seems to have everything going for him. He has a manager that cares, he’s good enough at his craft (visual art) to have private gallery screenings. He seems to live in a nice-looking house and he has a committed, streetwise, and beautiful partner in Carol. But Renn has been followed all his life by something dark. And now with the chaos of the modern world, and his own inner horrors, that evil has finally gotten close enough to reach out and touch. What follows in the next few days will paint the city of Buffalo, NY a whole new canvas, mostly flowing red.

Directed by Tilke Hill and David R. Williams, Rust Belt Killer, presented by HNN, will be out on DVD on March 22, 2022, from Bayview Entertainment. Learn more about Bayview’s new streaming service here.