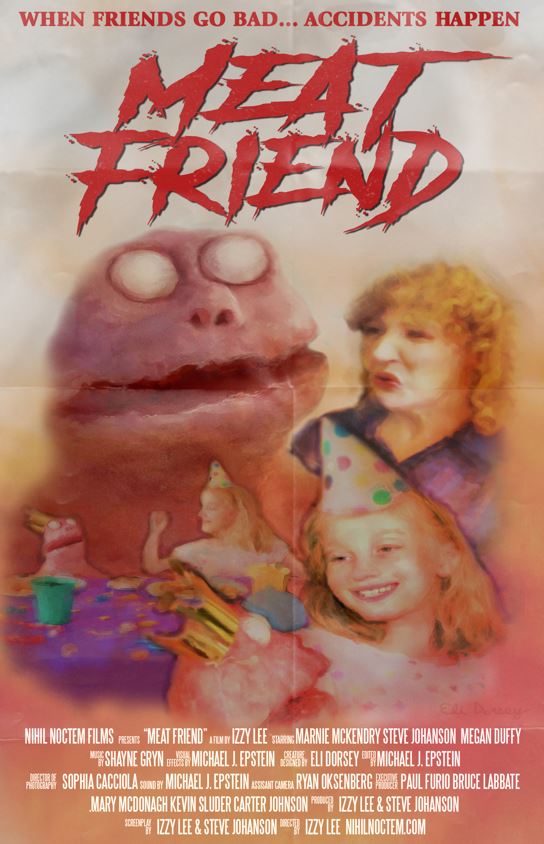 Ever wonder what ALF would be like if Gordon Shumway was constructed from 80/20 ground beef? No? Well you are readin’ the wrong column mother fucker!

Speaking of “mother fucker”, those words start with the letters “M” and “F” just like the new short Meat Friend, which comes flingin’ our way from director/co-writer Izzy Lee!

Meat Friend stars the eponymous creature (voiced and puppeteered by co-writer Steve Johanson), a living wad of hamburger meat with cataract eyes who befriends young Billie (a fantastic performance from child thespian Marnie McKendry), a kid that really needs to pick better people… or more accurately “ground chuck” to pal around with.

To put it bluntly, Meat Friend is a Grade-A, U.S.D.A. approved psychopath and when he isn’t being resurrected (via Billie’s science prowess) after being rightfully tossed in the trash by Billie’s long-suffering mother (Megan Duffy), he’s giving life lessons learned straight from the streets of Hell and demanding strange meat-centric ceremonies take place!

What Meat Friend amounts to is eight minutes of cinematic absurdity of the highest order filled to the brim with prison shivs, blood, cocaine, heart-clogging friendship… and threats… lots and lots of threats (most posing as accidents)… and it is fun as all unholy hell!

Lee delivers with Meat Friend in a way that will truly satisfy your monstrous meat tooth and have you clutchin’ your stomach from laughter… and botulism!

You can set your putrid peepers on Meat Friend for your own selves as it shows up at various film festivals including the following: 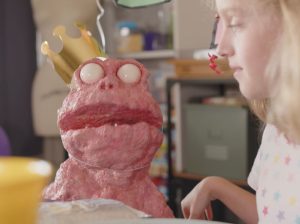