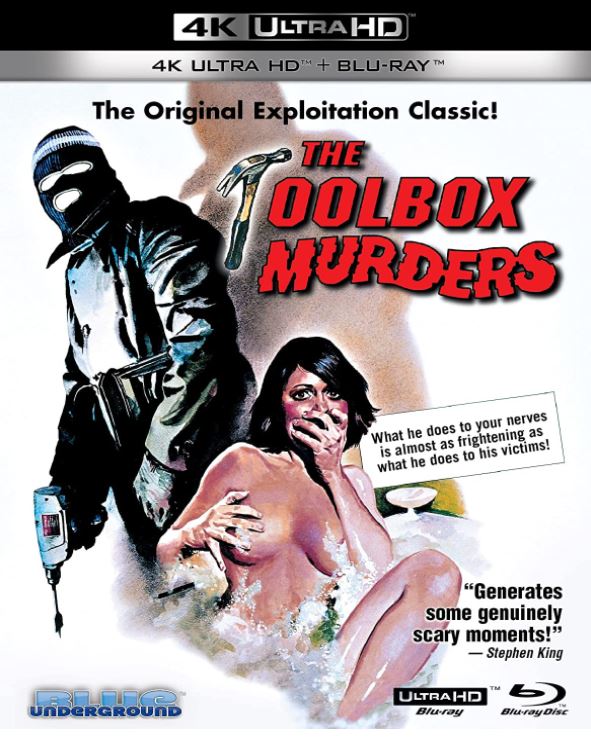 A black garbed man drives through the streets of Los Angeles having all manner of dreadful flashbacks involving a fatal car accident before arriving at an apartment building (home to an inordinate amount of absolutely stunning women… and absolutely vomitus design choices) where he strolls on in, toolbox in hand, and straight up murders three women with various implements found therein, before pissing right the fuck off.

Despite landlord Vance Kingsley (the legend that is Cameron Mitchell, he of Bava’s 1964 proto-giallo Blood and Black Lace fame… and countless more) ensuring the fuzz that his complex should never have befallen such tragedies since he does such thorough background checks, the same shit happens the following night, as our ski mask wearing psycho offs a chick who’s just tryin’ to flick the ol’ bean, before abducting young Laurie Ballard (Pamelyn Ferdin), which sends her brother Joey (Nicolas Beauvy) and Kingsley’s nephew Kent (Land of the Lost‘s… a.k.a. the greatest  Wesley Eure) on some sort of blood-splattered and vibrator studded Hardy Boys action…

That sleuthing is for naught, as directly after we find out the killer’s identity… which takes the police in the picture over thirty more minutes to figure out, so exit mystery element stage left… but fret not stalk n’ slay aficionados, as The Toolbox Murders has more up it’s sinister sleeve…

Or should that be “sleazy sleeve” as if there’s one thing The Toolbox Murders is, it’s sleazy as all fuck, and that’s worth it’s weight in ghoulish gold to yours cruelly!

Kicking things off with a triple homicide, and plenty of naked flesh, you know where you stand with Director
Dennis Donnelly’s (working from a screenplay from Neva Friedenn, Robert Easter, and Ann Kindberg) freaky fright flick right from the wicked word “go”… but things do take twists and turns here and there, with most of the on screen mayhem relegated to the first act (though the body count increases slightly over time), while act two involves the mystery element, and act three, well that shit is rather bananas. It’s episodic for sure, but it’s entertaining as all fuck!

The glue that holds the whole tacky n’ terrifying wonderfulness together are some truly fun performances with Eure playing against type to shocking effect, and Mitchell chewing so much scenery that I’m surprised there aren’t bite marks in the transfer!

Add to that a nihilistic streak a mile long, and some well done , and often extremely brutal, gore and you have a winner of a slasher pic that is only enhanced by the bonus features included in this 4K Ultra HD from Blue Underground! Feel free to slow clap that magnificent segue…

First comes an archival audio commentary Producer Tony DiDio, Director of Photography Gary Graver, and Ferdin that provides a first hand account of how the film came to be with plenty of anecdotes along the way, followed by another, all new commentary with film historians Troy Howarth and Nathaniel Thompson, who provide a lively discussion filled with details of the film’s production (along with all manner of trivia).

Disc two brings us a Blu-ray version of the film, with all of the bonus material listed above… but also features interviews with Donnelly, Eure, and actress Kelly Nichols (an archival chat with the same is included as well), a retrospective on Cameron Mitchell (by journalist David Del Valle), a visual essay examining the picture’s themes courtesy of film historian Amanda Reyes and filmmaker Chris O’Neill, and a poster & still gallery
Limited Edition embossed slipcover (First Pressing Only).

Nihilistic, sleazy, wrong as fuck, and thoroughly entertaining, The Toolbox Murders is a nice thick slice of succulent grindhouse mayhem and shouldn’t be missed by any stalk n’ slay fanatic! 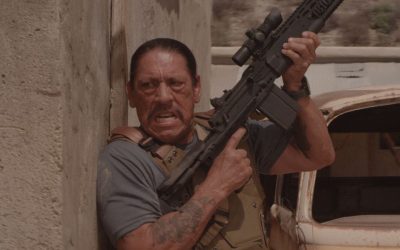 Stonecutter Media and Lennexe Films have just announced the limited theatrical and VOD release of the action-packed... 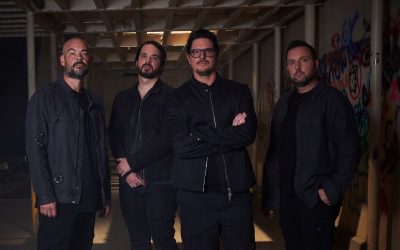 When it comes to the paranormal and the supernatural two places come to mind, the Travel Channel and discovery+ who... 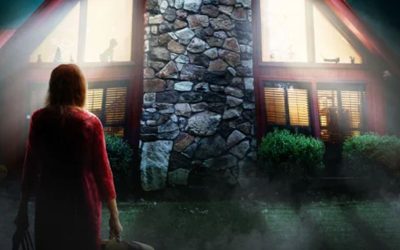 The Investigation Continues In Paranormal Doc ‘The House In Between: Part II”

Back in 2020, the hit paranormal documentary The House In Between introduced the world to Alice Jackson and the...