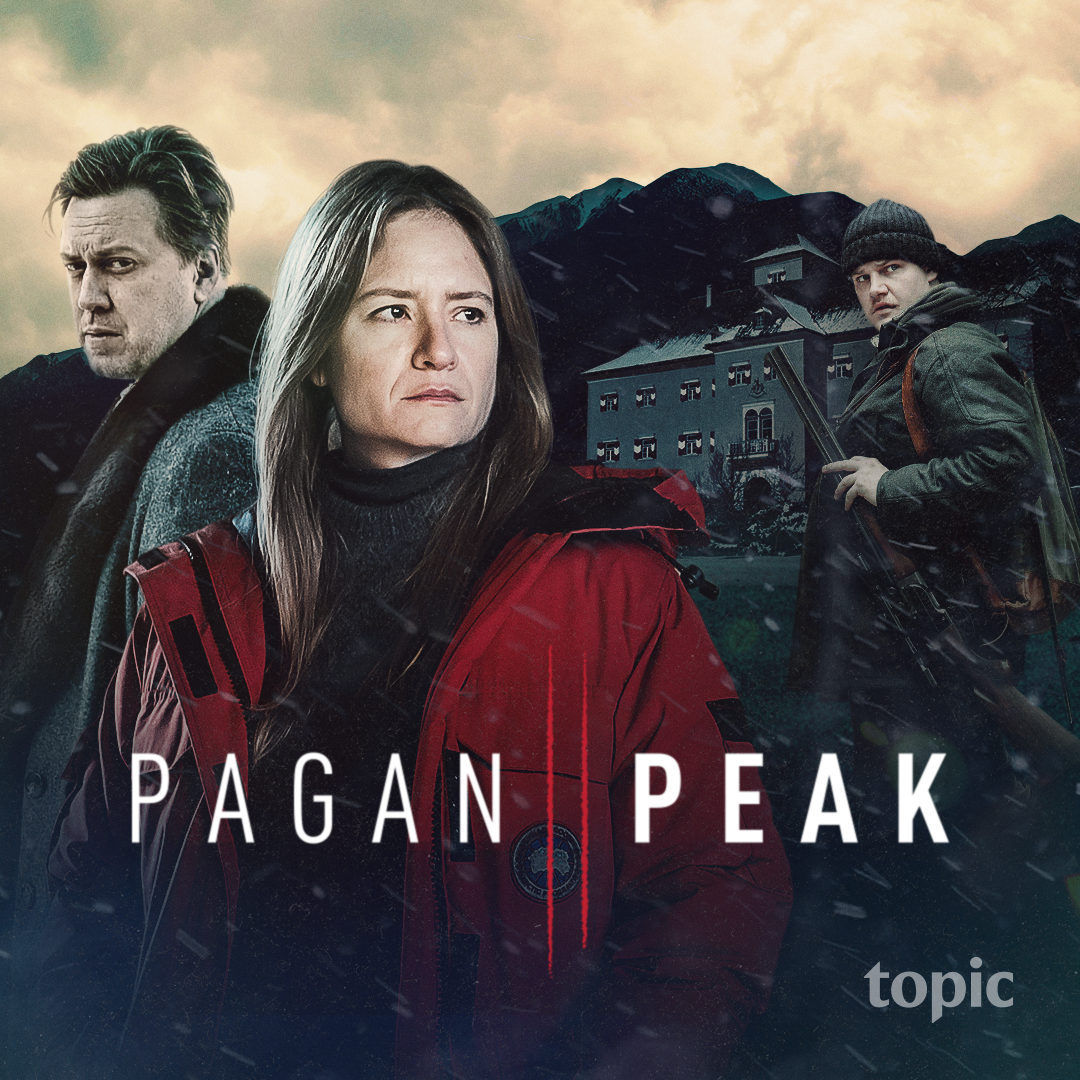 Crime series, if you’re like me you can’t get enough of them. Well, today I’ve got good news for you, season two of Topic‘s “Pagan Peak,” inspired by “The Bridge,” is headed your way this month and we’ve got the new trailer!

This season, “when the first female body is found, propped up like a hunting trophy, the police fear yet another serial killer in the border region between Germany and Austria. Meanwhile, our Austro-German investigator duo is unfit for duty: Ellie is struggling in the face of trauma, and the attempt on Gedeon’s life forces his early retirement. A new junior officer, Yela Antic, is on the case, but she isn’t able to complete it alone. As Ellie and Gedeon are forced to team up alongside Yela on this deeply unique investigation, they begin to see each other in a way neither could have imagined: as potential adversaries.”

Starring Julia Jentsch, Nicholas Ofczarek, Dominic Marcus Singer, and Franziska von Harsdorf, the series is directed by Cyrill Boss and Philipp Stennert, and Max Wiedemann and is produced by Quirin Berg (Dark, “The Lives of Others”)

Topic is the boundary-pushing streaming service from First Look Entertainment for thrillers, mysteries, dramas, and documentaries from around the world, serving viewers who crave entertainment beyond the mainstream. Whether it’s a Nordic-noir crime thriller (The Killing), an Italian supernatural political drama (The Miracle), or a haunting true-crime docu-series from the UK (The Missing Children).