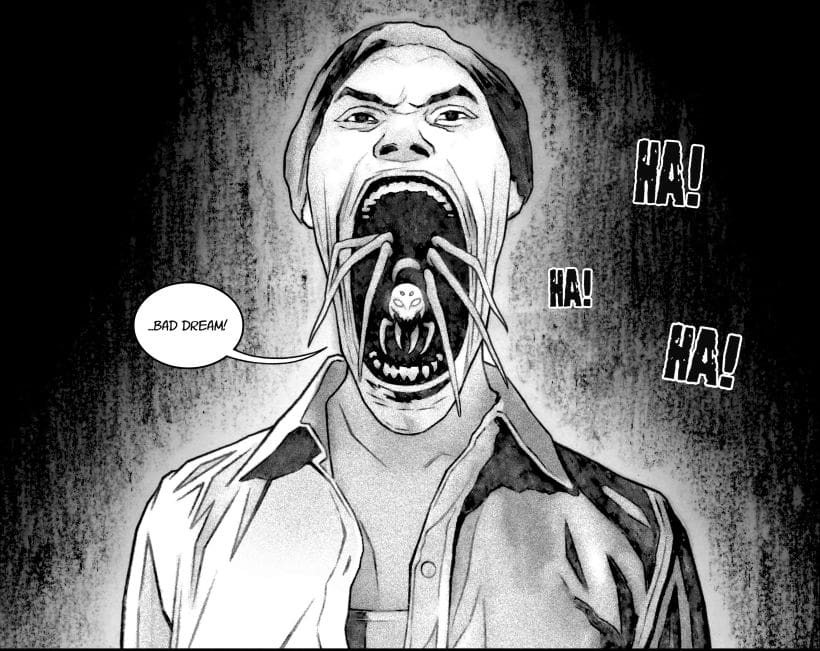 Mad Shelley Comics has just released Halloween Girl, Vol. 2, the second chapter in its supernatural graphic novel series Halloween Girl. This latest installment in a planned 7-issue series based on creator Richard T. Wilson’s The Halloween Girl film and its sister web series, Under the Flowers. Halloween Girl, Vol. 2 continues this young-adult–oriented series in an intriguing manner, widening the world presented in the debut issue while dropping breadcrumbs of mystery for future story progression.

Titular character Charlotte William is an 18-year-old ghost who can take on human form. Halloween Girl, Vol. 2 begins as she is trapped in a large house and about to be devoured by huge, spider-like creatures — and it doesn’t help that she suffers from arachnophobia and is stuck in her form that is least helpful for the precarious situation. 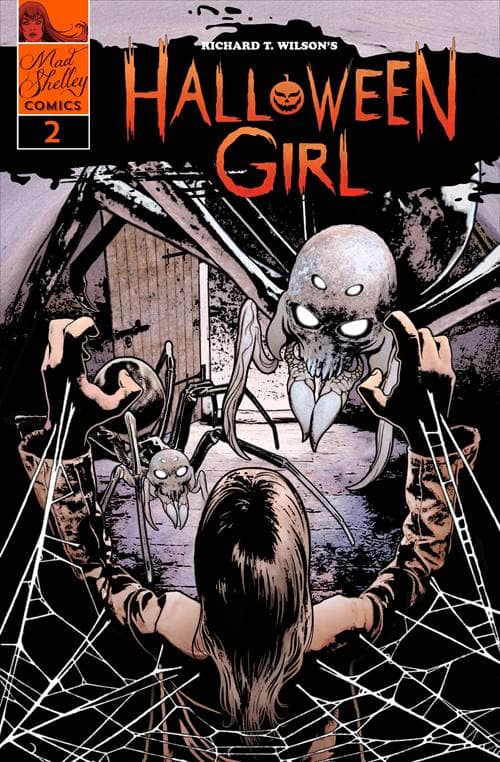 Wilson’s writing is sharp and engaging, and he unfolds the story at a pace that is neither rushed nor too slow-moving. It might be helpful to be familiar with the franchise mentioned in the first paragraph above, but this reviewer is not, and I’m still able to follow the action of the series so far, though I may be missing out on the backstory of certain characters and the mysterious villainous group known as The Hollow. I have a hunch that all will be revealed over the next five installments. Curious readers new to the franchise could seek out backstory in the aforementioned film and web series.

The highlights of Stephen Mullan’s crackerjack black-and-white artwork in this issue for this reviewer are the panels that focus on facial expressions, including one of the highlights, an extreme close-up of Charlotte that takes up about ⅔ of a page, in which a character is reflected in her eyes. Mullan gets the most out of expressions from eyes and faces showing a range of emotions. His rendition of hellish creatures is also highly impressive.

With Halloween Girl, Vol. 2, Wilson and Mullan continue to have my attention. Charlotte is an engrossing protagonist, and with Wilson setting up some more emotional depth in this issue, I’m curious to see how the Halloween Girl story arc continues to play out.

The lines of good and evil are blurred in U.K./U.S coproduction Consecration, the latest from director Christopher...

New episodes of HBO Max's hit series "The Last of Us" normally premiere every Sunday night. However, the "Super Bowl"...