Young Min Kim makes his feature film directorial debut — he also wrote the screenplay — with Dawning, a psychological horror outing heavy on family drama. Haejin Park (Kim Ellis) may have physically left her home after her father’s suicide (shown in the film’s opening scenes) for a new life in New York, but the trauma of that memory still weighs heavily on her. She goes back to the California farm where she grew up to console her younger sister Soojin (Veronica Kim), who has just split up with her abusive boyfriend. There, dark secrets are uncovered and supernatural overtones are introduced. Writer/director Kim shows a deft hand at the helm, serving up some twists and turns that raise the suspense while addressing the scars that PTSD and trauma can cause. Although the dialogue is a bit stiff at times, Dawning looks great, boasts fine performances from its two leads, and leaves viewers with much to think about. 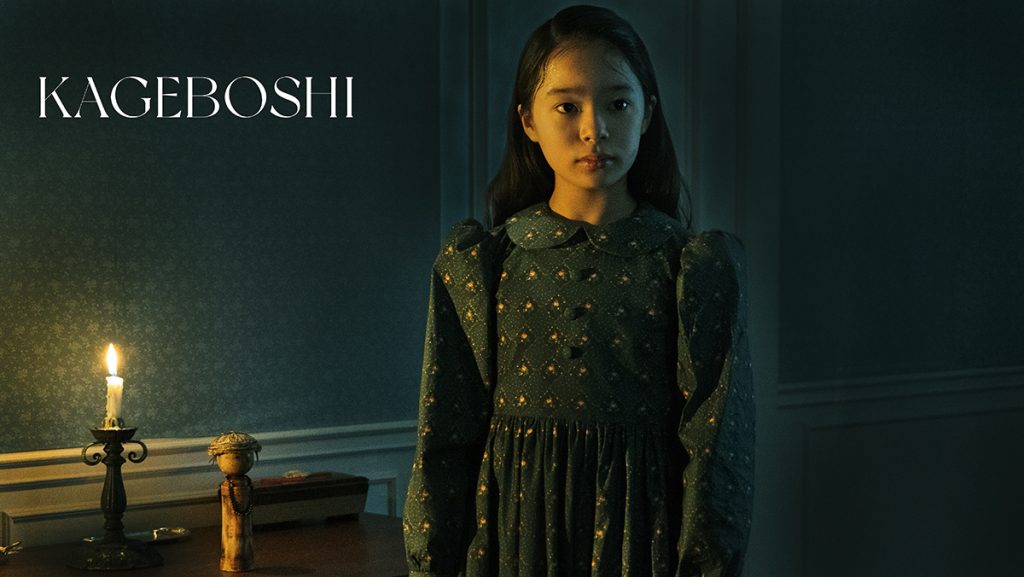 An evil-child spirit taunts a young girl (Anju Chiku) into playing a deadly game of shadow tag in director Ken Ochiai’s dread-ridden short film Kageboshi. The spirit has already wreaked havoc in the girl’s family, and her father (Go Jibiki) forbids her from playing the game, although she has secretly challenged the spirit with a caveat if she should win. The short is rich in eldritch atmosphere, and the cast members are fully committed to their roles. Kageboshi feels like a short proof of concept piece, and its impressive production values and promise of greater terror leave this reviewer wanting to see a feature-film version of the story.

Twentysomething Korean-American woman Jenny (Kahyun Kim) goes with Caucasian couple Isabella (Jacqueline Frances) and Theo (Ben Chase) to their home for some three-way adult fun. They invite her for dinner, and seasoned horror fans can likely guess from this film’s title Good Taste what might be on the menu. Writer/director Seonjae Kim serves up a wicked short with strong suspense, impressive practical effects, good performances, and a gut punch of a climax. 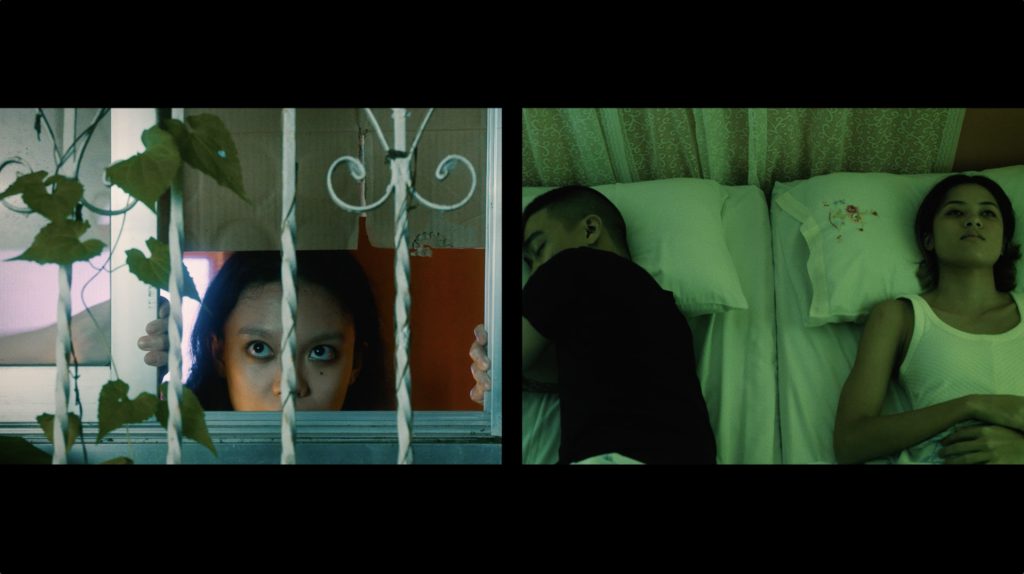 Supernatural chiller Dikit (Philippines) has an arthouse/experimental feel, using a split-screen approach and no dialogue. A mysterious woman (Mariana Serrano) — based on the mythical creature from the Philippines known as the manananggal, which can separate its body into halves and which preys on pregnant women — goes about her horrifying business and spies through her window on her new neighbors, a very pregnant young woman (Mika Zarcal) and her boyfriend (Jarrett Cross Pinto). Director Gabriela Serrano packs her short, which also incorporates body horror, with intriguing visuals and no shortage of tension, adding plenty of social commentary about how women view their own bodies, how society judges women, and on abuse within relationships.

Dawning, Kageboshi, Good Taste, and Dikit screened as part of Los Angeles Asian Pacific Film Festival, which ran from May 5 – 13, 2022 as a hybrid event, taking place virtually and in person at select cinemas in the Los Angeles area.