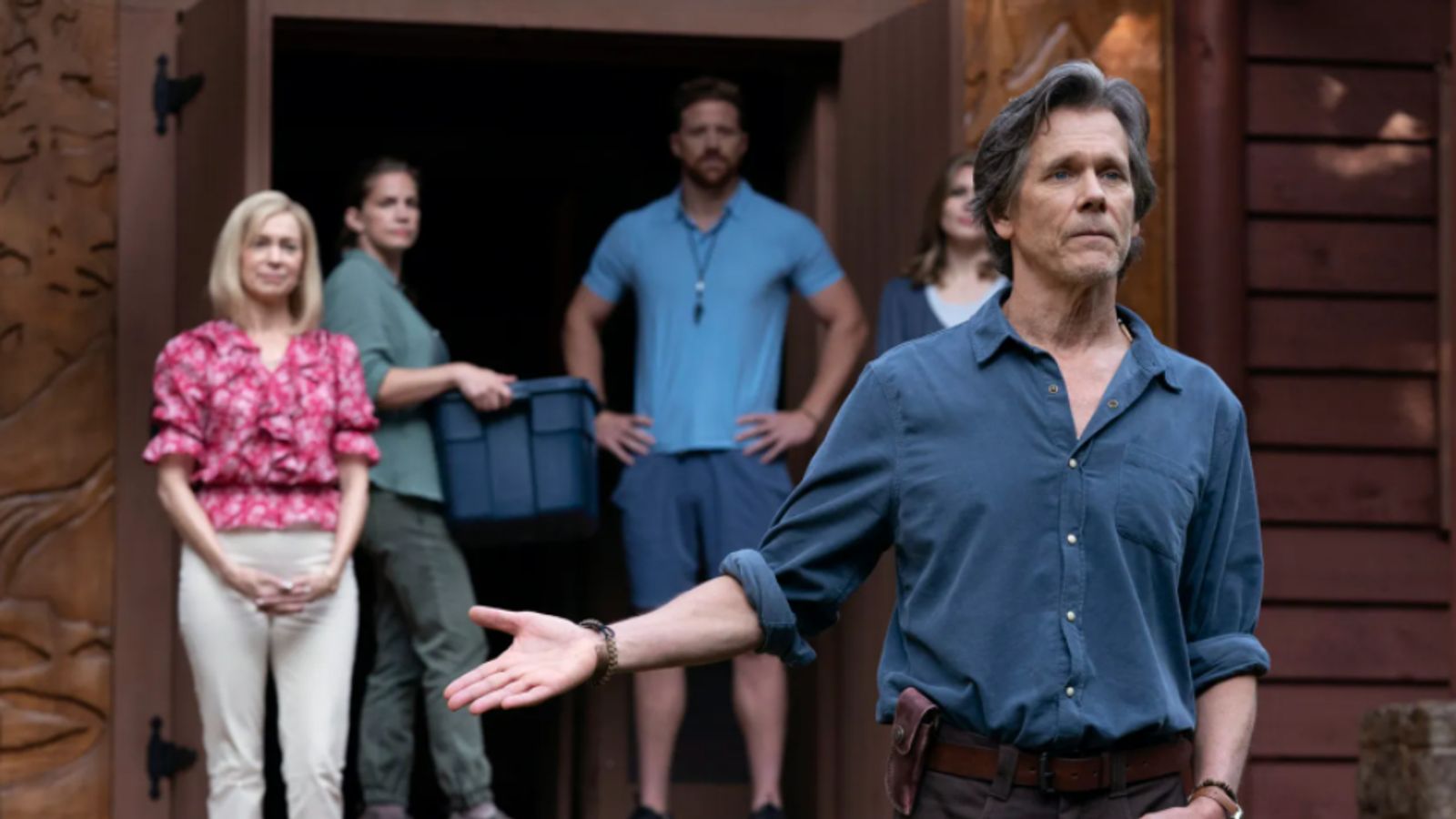 In the new teaser for the Peacock original LBGTQIA+ horror, They/Them, Kevin Bacon tells his campers that the camp is a safe space, but that couldn’t be further from the truth; a masked killer is on the loose.

The movie, pronounced “they-slash-them,” is set at a conversion camp, as if that isn’t scary enough, “Several queer and trans campers join Whistler for a week of programming intended to ‘help them find a new sense of freedom.’ As the camp’s methods become increasingly more psychologically unsettling, the campers must work together to protect themselves. Things get even more dangerous when a mysterious killer starts claiming victims.”

For those who don’t know, conversion camps are terrifying, controversial, horrible places where parents send their LBQTQ+ children in an attempt to cure the gay away. These places often use horrific methods to “cure” campers, including torture. You can learn more about the camps here.

“They/Them has been germinating within me my whole life. I’ve loved horror movies as long as I can remember, I think because monsters represent ‘the other,’ and as a gay kid I felt a powerful sense of kinship with those characters who were different, outlawed, or forbidden,” said writer-director John Logan. “I wanted to make a movie that celebrates queerness, with characters that I never saw when I was growing up. When people walk away from the movie, I hope they’re going to remember the incredible love that these kids have for each other and how that love needs to be protected and celebrated.”

← Prev: This July, Lost Tapes Are Discovered Of A Paranormal Investigation Gone Wrong In 'Infrared' (Trailer) Next: Product Review: COPPERTIST.WU →