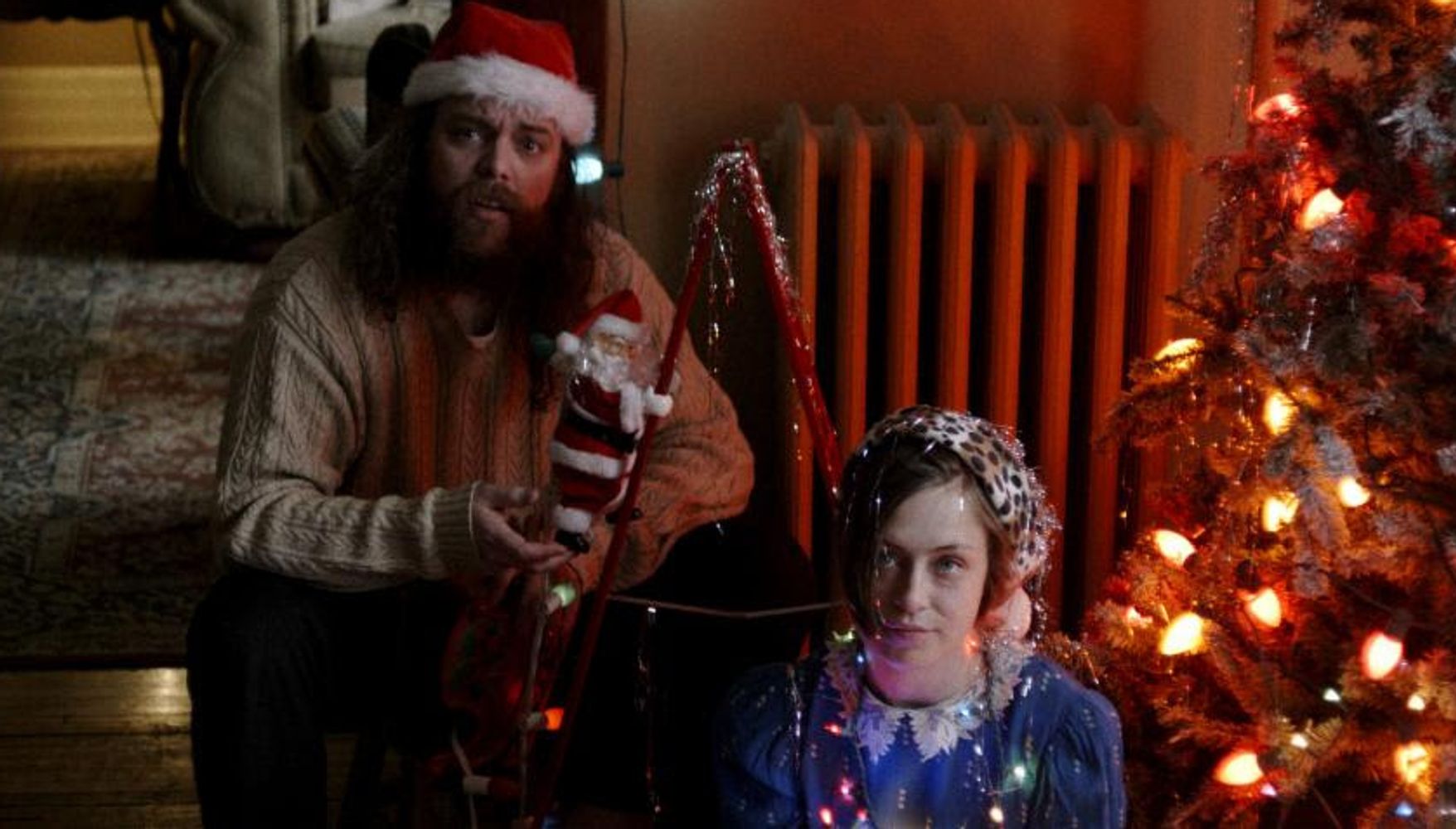 In the film, Father David (Graham Skipper, Dementia: Part II, Sequence Break), a catholic priest struggling to grow his congregation, encounters a stranger by the name of Terry (Jeremy Gardner, Bliss, Offseason) asleep one morning after Mass. Terry is without a home after a fight with his girlfriend Lexi (Taylor Gardner, Sadistic Intentions) and with Christmas less than a week away; David offers him a place to stay for the night. What begins as a simple act of kindness quickly turns complicated as Lexi arrives shortly after with news of being evicted from her house. Unable to turn away this helpless young woman, David allows both her and Terry to stay with him through the holidays on the condition that they open themselves to the healing power of God’s love. Yet the harder David tries to reform the lives of these seemingly innocent strangers, the more he himself falls victim to their toxic ways, leading to the belief that their arrival is in fact, a test from God. Will David pass the test and accept his new houseguests as they are? Or will he set aside the ways of Christ and resort to blood soaked, Old Testament justice?

“Working with Arrow Films has been a total dream come true. Having been a fan of theirs since the beginning of my filmmaking career, I cannot think of a better home for The Leech to live on in all its holiday madness. Between the deluxe edition Blu-Ray and its streaming premiere on ARROW, Kevin and his team have truly cemented the film’s place among a long-lasting range of great titles. There’s a reason Quentin Tarantino said ARROW is the only streamer he’s subscribed to.” Writer/director Eric Pennycoff states.

Director of Content Kevin Lambert at Arrow raved: “We’re thrilled to be bringing The Leech to our territories and platforms, we’re big fans of Eric’s work and we’re sure this latest outing will blow audiences’ minds.”

The Leech was produced by Eric Pennycoff, Scott Smith and Adelyn Pennycoff.