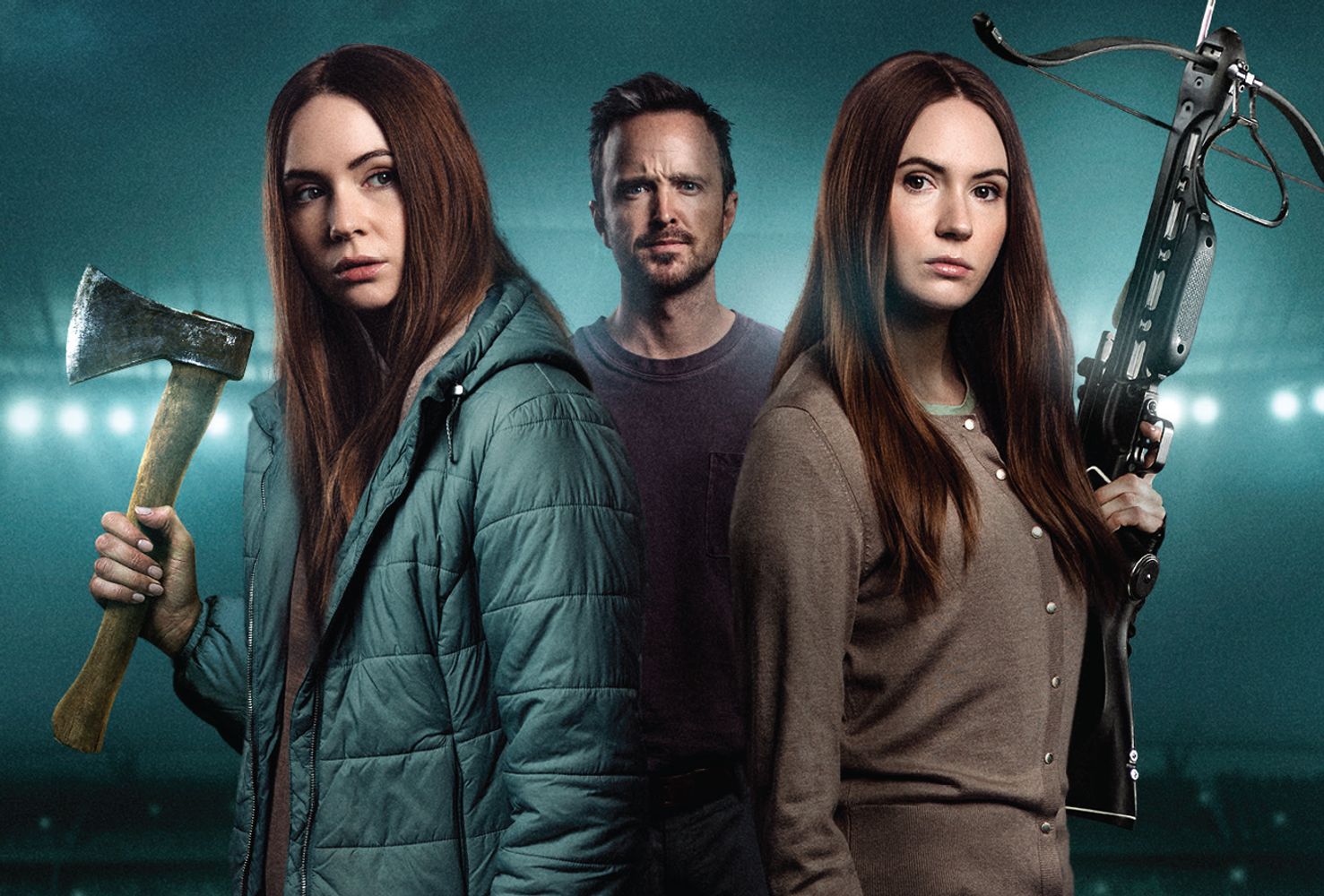 This July, Karen Gillan and Aaron Paul star in the sci-fi thriller Dual, about a woman who is forced into a fight to the death with her own clone.

In Dual, upon receiving a terminal diagnosis, Sarah (Karen Gillan) opts for a cloning procedure to ease her loss on her friends and family. When she makes a sudden and miraculous recovery, her attempts to have her clone decommissioned fail and lead to a court-mandated duel to the death. Now she has one year to train her body and mind for the fight of her life.

Dual debuts on Blu-ray and DVD on July 19, 2022, from RLJE films. DVD and Blu-ray bonus features include “The Making of DUAL” and Director Audio Commentary. 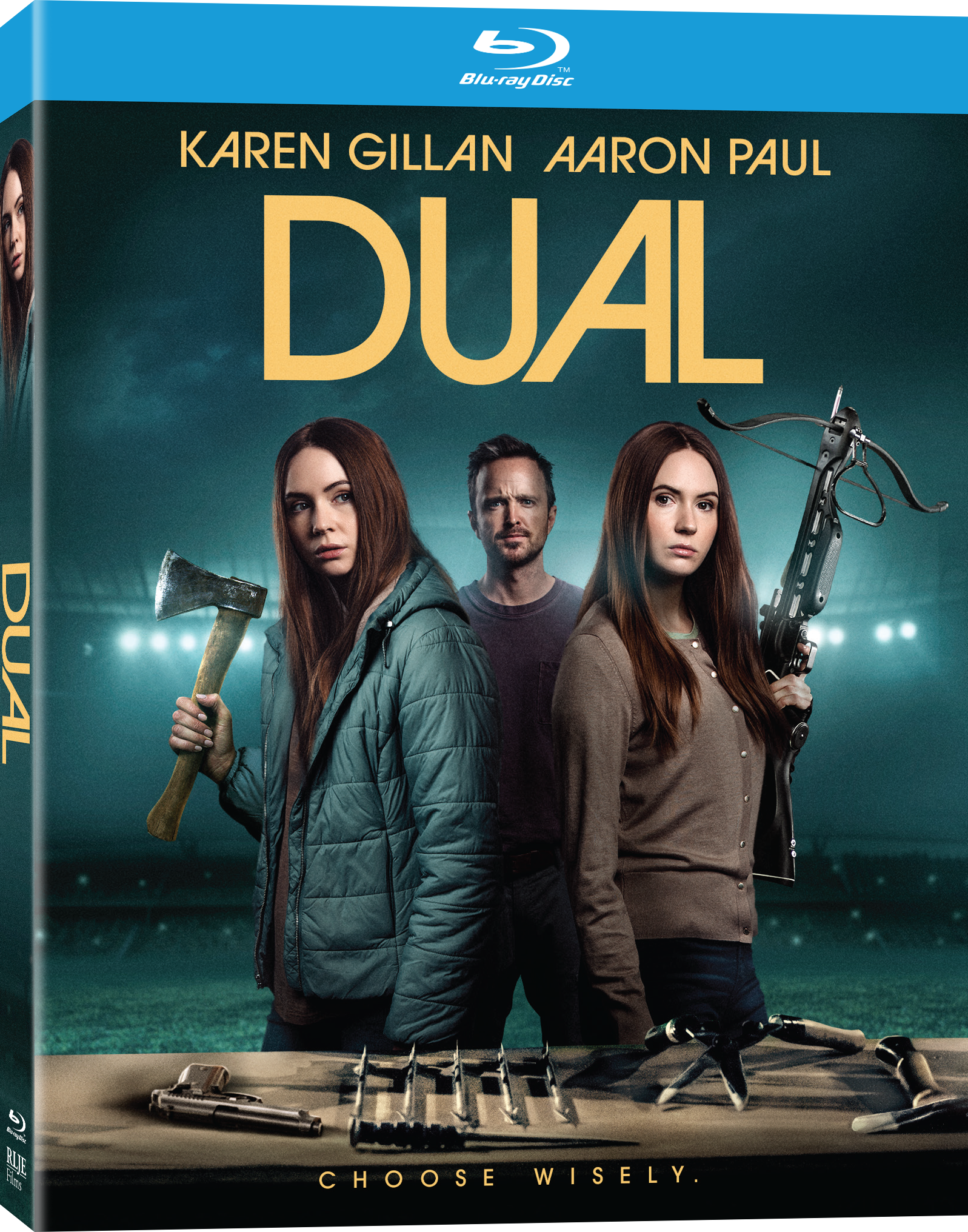