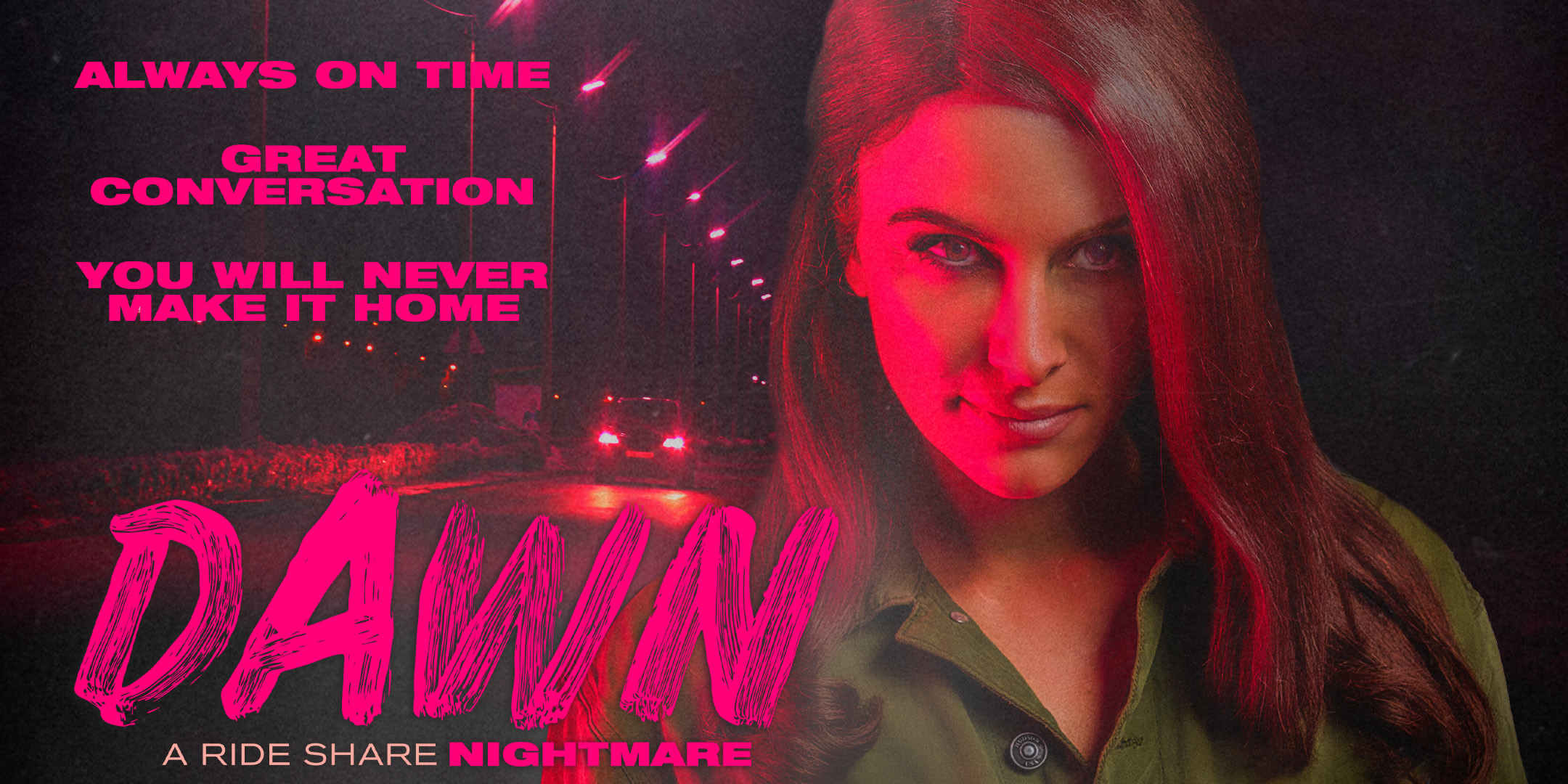 Ride Share horror seems to be popular right now. A few days ago we reported that Endangered is set to premiere this month. Now news has come that the horror movie Dawn will be arriving this August.

Jackie Moore (Pernicious) and Jared Cohn (A Stalker in the House) lead an ensemble cast in the frightening horror Dawn.

The film, directed by Nicholas Ryan, tells of an unsuspecting couple that get into a rideshare only to find out that they may have to fight for their lives as the deranged driver puts them through life and death situations. Be careful who you accept a ride from, it may be your last.

Get ready for a wild ride, Dawn, premieres on Digital on August 8, 2022, from Uncork’d Entertainment. The trailer will arrive soon.