2009’s Orphan, from director Jaume Collet-Serra, is unforgettable and creepy as hell with Isabelle Fuhrman playing the role of Esther, who is back for the upcoming prequel, Orphan: First Kill. We’ve been waiting to get our first look at Esther in the prequel and it’s here.

Isabell Fuhrman returns as the infamous Esther/Leena Klemmer, who in 2009 portrayed herself as a young girl adopted by a family only to bring death and suffering after it’s revealed that she was actually a psychotic grown woman. This time around, William Brent Bell (The Boy) is in the director’s chair for the film that will reveal Esther’s origin story. In the prequel, will see her escape from a psychiatric facility and travel to America while impersonating the missing daughter of a wealthy family and faces off against a mother (Julia Styles) who will protect her family at any cost.

In 2009 Fuhrman was a ten-year-old playing the role of a 30-something woman passing herself off as a child. Now, as a woman (twenty-four), she’s playing a child. If you are wondering how Fuhrman is able to reprise her role, it is with the help of CGI de-aging and two child doubles according to the actress. 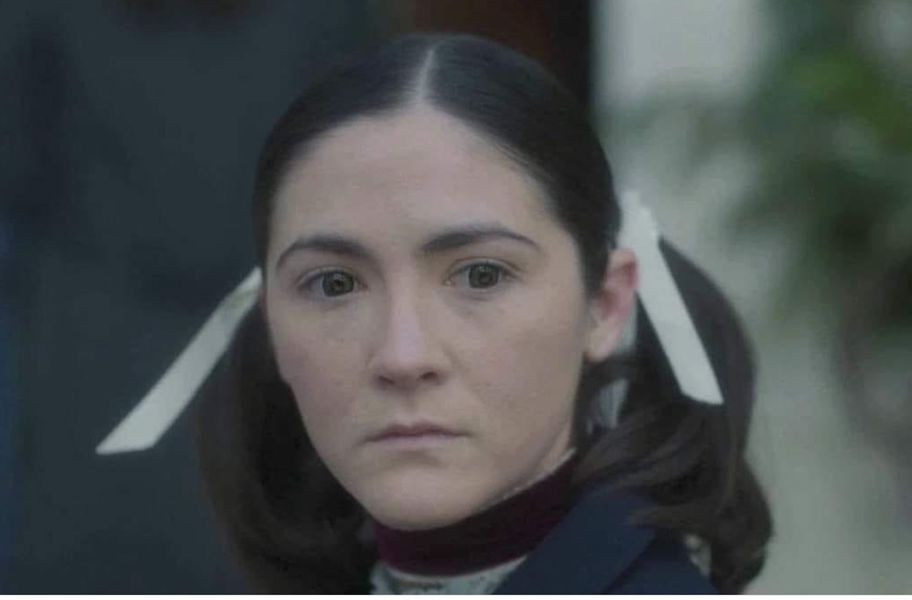 Here’s a look back at the original trailer.