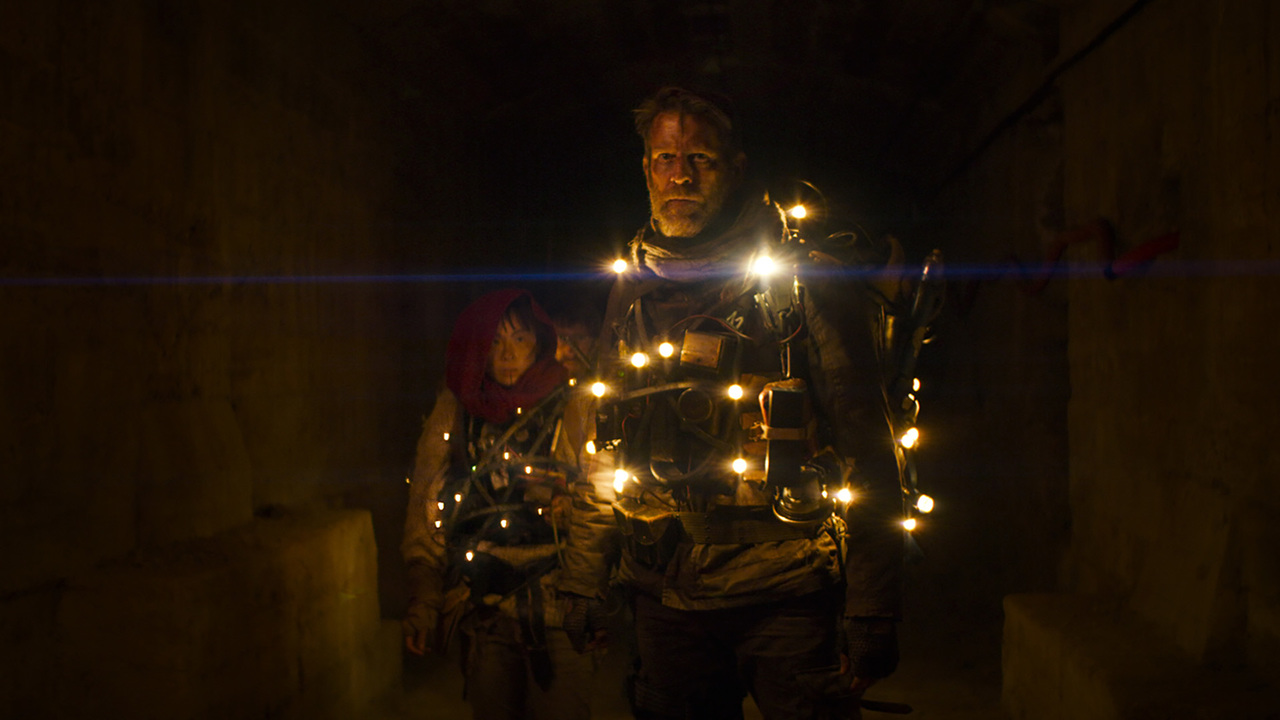 Here’s a creature fraught with suspense not only from potential monster attacks but also from the apprehension and paranoid feelings between characters. A group of people — leader Joel (Andrew Tarbet), Mei (Chacha Huang), Sunna (Anna Gonzalvo), Trevor (Pol Fernandez), Martin (Marc Padró), and Jacob (Sergi Subirà) — are traversing a dark path through maze-like caves to reach a city. Each member is wearing strings of bright lights powered by ever-weakening batteries. These lights fend off vicious beasts but as soon as someone’s lights go out, they become monster chow. As batteries become more scarce, tensions rise and the humans become as dangerous as the creatures pursuing them. Cowriters/codirectors Gabriel Campoy and Guillem Lafoz have crafted a terrific, tension-filled short that cries out to be turned into a feature, and their cast members all give top-notch performances. 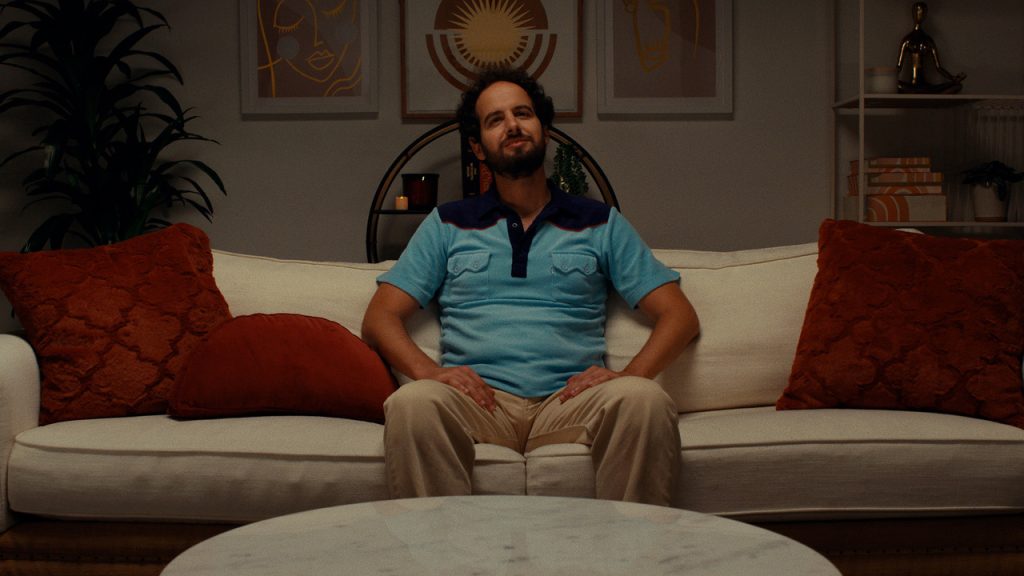 Bisexual man Charles (Charles Gould) has arranged a first-time meeting with couple Bella (Brianna Baker) and Larry (Patrick Woodall) to potentially become their unicorn — a nonthreatening third to spice things up in the bedroom. This being a horror comedy, the couple has an ulterior motive of the occult kind in mind for the unsuspecting Charles. Gould cowrote the funny, creepy, yet at times poignant screenplay with director Matt Porter. The humor hits, as does the message, thanks to amusing performances by the three leads as well as a supporting role from Mike Lane.

Director Sebastian Sdaigui’s thriller Bumblebees finds a modern girl gang dressed up in 1950s girl-gang gear on an initiation night. Billie (Isabella di Rienzo) is the initiate, and she must kill a dastardly dude named Duke (Beau Knapp) within a time limit or be offed herself by gang leader Cyd (Jackie Cruz) and henchwoman Athena (Millicent Simmonds). Billie is obviously the closest thing to a protagonist in the short, but whereas lack of back story sometimes either helps a short film or at least is not a hindrance, it’s hard to root for her or anyone else here because viewers are unaware of any character motivations other than the need to kill or be killed — which, again, sometimes works without further explanation, but here simply leaves viewers with questions. The technical aspects are all solid, and Sdaigui paces the suspense well. The performances are all fine, too, leaning toward a bit of fifties camp homage without overdoing it.

← Prev: 'The Munsters' Strike A Pose On The Official Poster For Rob Zombie's Movie Next: First Look: Esther Is Back In Prequel 'Orphan: First Kill' →