Based On The Cult Hit, “Heathers: The Musical” Is Coming To Roku! 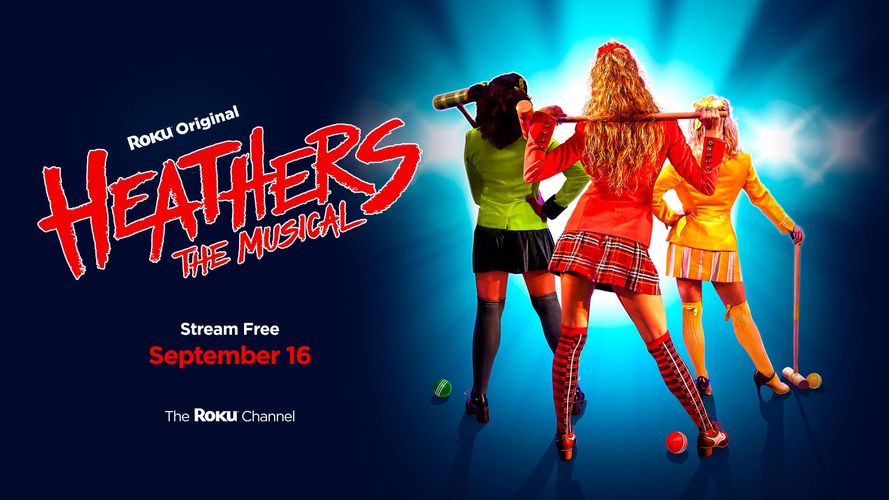 I love musicals as much as the next person, but add horror into it, and I’m in! Roku has just announced it will exclusively bring a live capture of the stage adaptation of the hit West End musical “Heathers: The Musical,” based on one of the greatest cult teen films of all time, 1989’s Heathers, to The Roku Channel.

The musical was filmed at The Other Palace, where it started its U.K. journey in 2018. Originally produced by Bill Kenwright & Paul Taylor Mills, it grew its initial cult following and became a box office record-breaker, ultimately transferring to the Theatre Royal Haymarket for a sold-out limited run later that year. The production then returned to the Haymarket for another successful West End season in 2021, and concurrently a U.K. tour, before returning to its original home, The Other Palace, in November 2021, where it is still breaking records.

The play is based on the characters created by Daniel Waters for the original film, which was directed by Michael Lehmann and produced by Denise Di Novi.

Synopsis: “Welcome to Westerberg High, where Veronica Sawyer is just another one of the nobodies dreaming of a better day. But when she’s unexpectedly taken under the wings of the three beautiful and impossibly cruel Heathers, her dreams of popularity finally start to come true. Until JD shows up – the mysterious teen rebel who teaches her that everyone fears being a nobody, but its murder being a somebody…”

“Heathers: The Musical” will premiere as a Roku Original special on Friday, September 16, 2022.