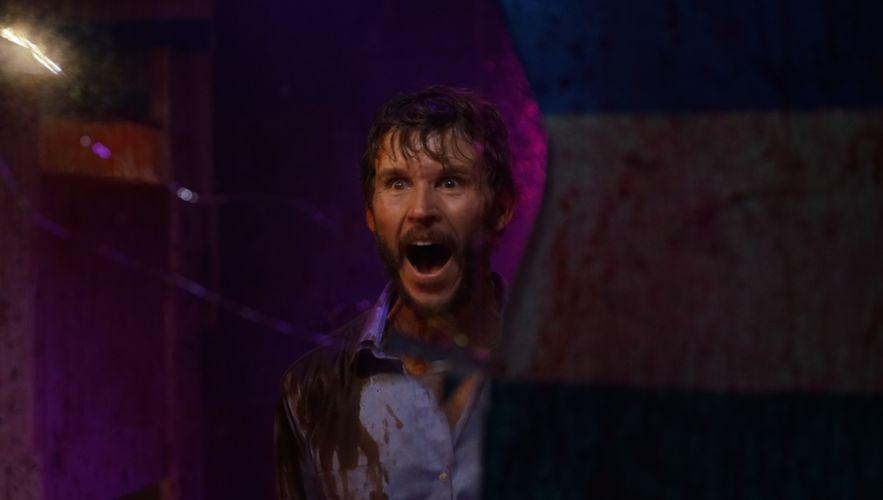 The film, co-written by Joshua Hull, David Ian McKendry, and Todd Rigney, centers on Wes (Kwanten) as he waits out a hangover locked in a public restroom with a mysterious entity (Simmons) behind a glory hole. The story takes Wes deep into his own psyche as he wrestles with fate and a glimpse of the unthinkable in this Lovecraft-inspired comic horror.

Get ready for otherworldly horrors, Lovecraftian visions, and glory holes, Glorious premieres on Shudder on August 18, 2022. 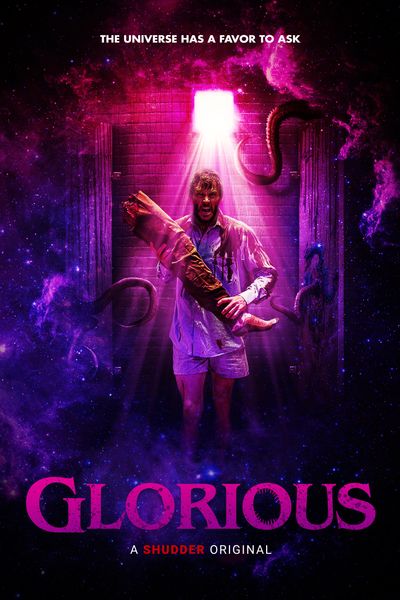 ← Prev: Based On The Cult Hit, "Heathers: The Musical" Is Coming To Roku! Next: Jared Leto Joins The Cast Of Disney's 'Haunted Mansion' →