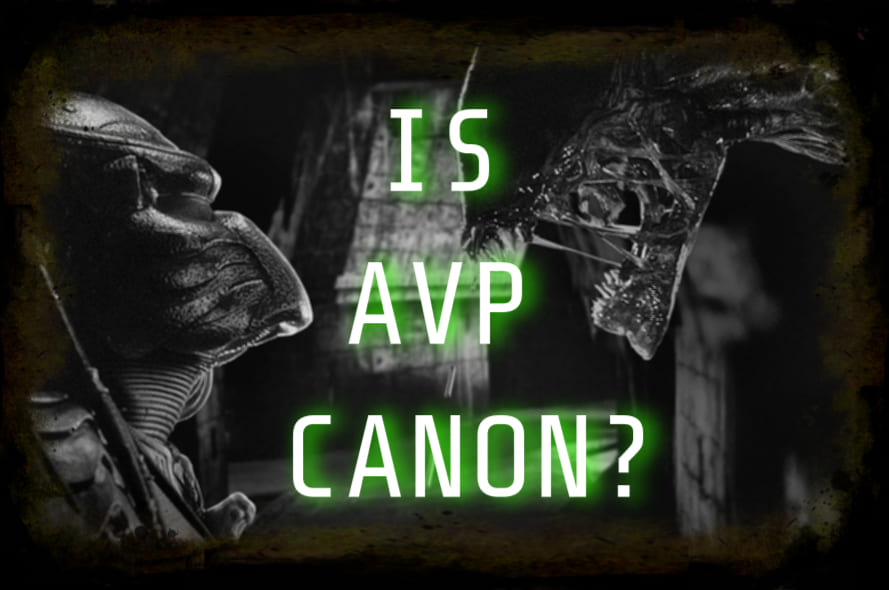 With Prey causing a storm with fans and critics alike, many film sites are publishing lists of “Predator” movies along the line of which is the best or worst of the film series. A common thing with these lists is the inclusion of the two AVP (Aliens Versus Predator) movies which has caused people to argue in the comment sections of those articles whether or not the films are or are not canon to both the “Alien” and “Predator” franchises. I already knew the answer to this like many other fans of the two film series.

The short answer to the question of whether is AVP canon or not is a resounding, NO. Aliens Versus Predator is set in its own universe. As far as many fans of the AVP franchise know, the two alien species have been kicking the ever-loving crap out of one another for eons according to the comics, books, and video games that have been made over the years. So where did the confusion start? We have to go backward on this timetable of events starting with the moment that spawned the ravenous lust for these two worlds to collide, the ending scene of Predator 2.

Mild spoiler here, towards the end of the 1990 film, Danny Glover boards the Predator’s ship and sees a wall of skulls varying in species, and among them was a scull of a Xenomorph (from Alien). This was an Easter Egg by the filmmakers making a nod to the popular comic book series that started to be published in 1989, Aliens Vs. Predator by Darkhorse Comics. Comic book artist Chris Warner is often given credit for coming up with the idea as well as most likely inspiring Predator 2 as the film loosely resembles Warner’s comic Predator: Concrete Jungle. 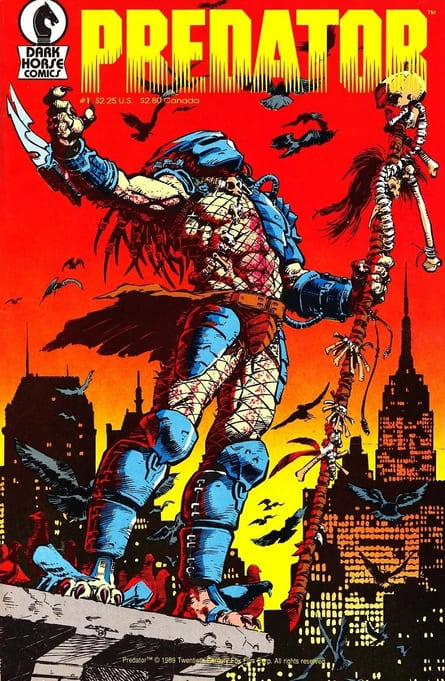 When it comes to the creators of the Predator franchise, John and Jim Thomas, it’s unclear their thoughts but in 2021 they sued Disney for the rights to the Predator films meaning that when and if a new Predator film was to be made, they would be involved, both the brothers and Disney reached a resolution and the Brothers seemingly have won their case as they wrote and produced Prey which as it turns out, no spoilers, is canon to both Predator films. Some may see this as the brothers taking back control to prevent another The Predator from being made as well as another AVP film. Both of the AVP films were torn asunder by both critics and fans as the films strayed way too far from the source material as they wanted to establish the origin of the Xenomorphs while the comics and novels (depending on which ones you read) offer different origins of the famed Aliens.

Speaking of Alien, Ridley Scott on multiple occasions has expressed how the two franchises were not related. It’s been reported that he did like Jame Cameron’s Aliens but did not care much for the other Ailen films which may have been the reason for him to eventually make the two prequel films that established the official origin of the Xenomorphs and with a third prequel film reportedly in the works which Scott will be producing, potential answers await.

But to sum up, everything, the Alien and Predator worlds are separate. While Aliens Versus Predator is in a world of its own and even that’s quite a rabbit hole to explore as it branches off into many different narratives. It should be no surprise, that many diehard AVP fans even consider the two films non-canon. If you want one more piece of evidence why I feel the three worlds operate independently of one another… If we’re to believe that it’s true that AVP is set in both film worlds, watch both Alien and Predator while thinking in the back of your mind that as shit’s getting real on screen, somewhere Batman and Superman exist. Yeah, both the Dark Knight and the Man of Steel faced off with them. OH, and here’s one more guy you should keep in your thoughts.

← Prev: Lionsgate Releases Haunted Trailer For Family-Friendly Movie 'Ghoster' Next: Get A Lesson In Terror This August With Netflix's Horror Anthology "School Tales: The Series" →