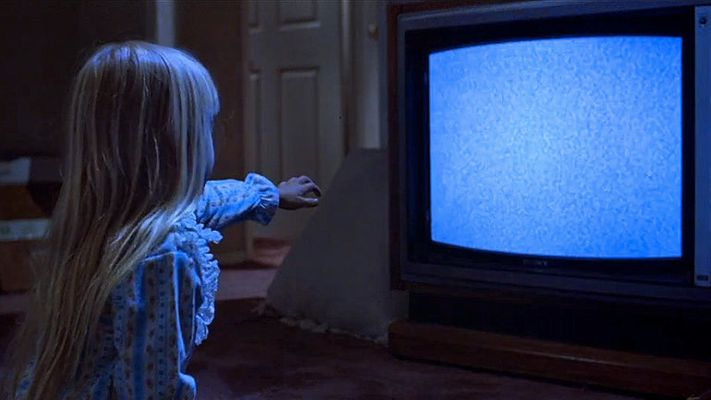 One of the most iconic paranormal horror films ever made, 1982’s Poltergeist, is coming to 4K Ultra HD Blu-ray™ Combo Pack from Warner Bros. Home Entertainment for the first time!

Directed by Tobe Hooper, Poltergeist was written by Steven Spielberg, Michael Grais, and Mark Victor, from a story by Spielberg. The film was produced by Frank Marshall and Spielberg and stars JoBeth Williams, Craig T. Nelson, Zelda Rubinstein, Beatrice Straight and Heather O’Rourke.

Suburbanites Steve (Nelson) and Diane (Williams) suddenly experience paranormal activity in their home. What starts off as minor excitement quickly turns into nasty ghostly encounters. The disappearance of their daughter Carol Anne (O’Rourke) forces the Freelings to bring in parapsychologists and a professional exorcist to exorcise their home. Directed by Tobe Hooper and featuring Oscar Nominated Visual Effects by Richard Edlund, Michael Wood and Bruce Nicholson, Poltergeist is one of the most entertaining horror films of its time.

Poltergeist will be available on Ultra HD Blu-ray Combo Pack for $24.99 ERP and includes an Ultra HD Blu-ray disc with the feature film in 4K with HDR and a Digital download of the film. Fans can also own Poltergeist in 4K Ultra HD via purchase from select digital retailers beginning on September 20, 2022. 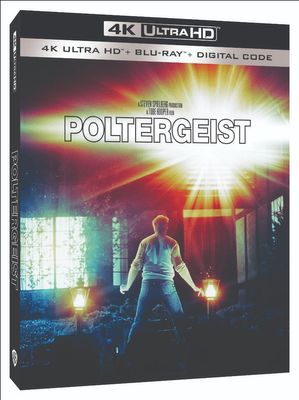 ← Prev: Burton-Inspired 'Whateverland' Coming Soon Next: A Pig Comes To The Rescue In The New Clip From The Dark Fairytale 'Squeal' →