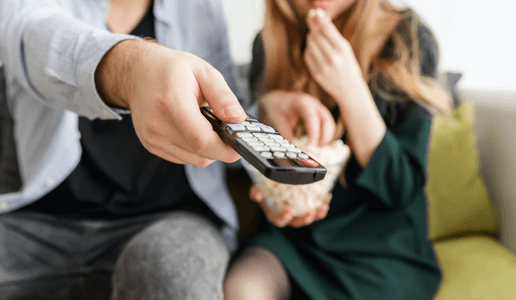 The science behind our love for horror movies. Horror is the oldest and most famous genre of film. It has had many subgenres since its inception, such as slasher, zombie, and supernatural horror. But what is it about this genre that still draws in audiences? What keeps us coming back again and again?

Horror movies have always been a popular genre. They feed on our natural curiosity, and we get absorbed in the story that lurks in the dark and scary places of this world. There are many factors like suspense, thrill, fear, etc., which make a horror movie successful. But what makes students so obsessed with horror movies? Psychologists have discovered that there is more to it than just the thrill and skills of being scared – we also love to be scared because it makes us feel safer. Let’s look at what science is saying about our love for horror movies.

Why Do We Love Horror In The First Place?

Although we normally make an effort to avoid these kinds of extreme feelings in our day-to-day lives because they are frequently accompanied by unpleasant side effects and consequences in the real world, it can be therapeutic to experience these dizzying highs and lows while being contained within a safe environment.

When we watch a horror movie, we fool ourselves into thinking that terrible things could actually happen to them. Confronting our real-life anxieties can be done in a way that is beneficial and therapeutic for us, and we need not put ourselves or anyone else in harm’s way.

Over many years, people have tended to criticize fans of horror movies, with the assumption being that those of us who want the dark, twisted, and macabre must have some mental illness. But recent studies suggest that the contrary is more likely to be the case: watching horror movies may be beneficial to one’s mental health.

When Do We Get Pleasure From Horror Movies?

According to the findings of certain studies, for us to get pleasure from being terrified, we need to have what researchers call a “protective frame” in our minds. These kinds of frames can be divided into three distinct categories.

High schools, boarding schools, college campuses, and university grounds have all featured prominently in horror films throughout the years. In addition, the twentieth century’s widespread emphasis on education at the same time as the rise of the horror film contributed to the creation of a dedicated fan base for films that took place in educational institutions. College requirements indeed may look like a horror story for some students. When it feels like it, the AssignmentBro writing service becomes handy. Delegating some of your homework to the professional writers will ease your life as a student and give you some free time for watching your favorite horror movies instead of living in one.

A safety frame, often known as the belief that one is physically safe, is necessary for us. For instance, even though the evil entity in a movie might be carrying out horrifying deeds right in front of our eyes, we are still able to derive pleasure from the horror as long as we believe that the evil entity is physically distant from us and, as a result, cannot cause us any harm. This is because we believe the evil entity is powerless to hurt us. If, on the other hand, we start to believe that the malicious creature will emerge from the screen to harm us, then the experience will cease to be enjoyable.

The second type of protective frame deals with detachment, or the question of whether or not we can separate ourselves from a terrifying experience emotionally.

When we watch a film and witness a psychotic murderer pursuing down a bloodied victim, we can engage in psychological detachment by reminding ourselves that the people in the film are merely actors, and that what we see on the screen is fantastic acting.

Our confidence in our ability to handle and manage the threats we face constitutes the third type of protective framework.

If we go to a haunted house, for example, and a zombie that looks very realistic and is thirsty for blood charges at us, we can still get a kick out of the experience as long as we believe we are capable of escaping the impending peril. (“We have a clear advantage over that sluggish zombie!”)

Some people avoid eerie movies, books, or experiences if they lack any of these psychological protective frames in the present time, according to research findings.

We all have different preferences regarding how much we enjoy watching horror films.

There’s some evidence that people who have a greater craving for thrills and excitement are more likely to seek out and appreciate horror-based activities.

People’s differing levels of empathy are linked to their appreciation of terror. Horror can be more enjoyable for those who are less empathetic. As a result, those with a higher level of empathy are more likely to have unfavorable feelings toward the suffering that others go through, such as when a cunning murderer is torturing characters in a movie.

Gender and age appear to play a role as well, according to the results. Younger people are generally more interested in horror, men are more likely fans than women, and women like different features of a horror experience compared to their male counterparts. A pleasant conclusion (e.g., the bad thing is destroyed) may appeal to women more than to men in horror films, although truly horrific acts may appeal to both genders.

Horror movies are not just a way to entertain or scare your viewers. They are an art form of storytelling that has been around since the start of cinema. The way horror movies use suspense and tension is like no other form of filmmaking in its ability to keep the viewer on the edge of their seat, making them so unique.

← Prev: Reasons Why Horror in Children's Literature is a Good Thing Next: WWIII Set Movie 'Kingdom Of The Dinosaurs' Unleashes Action-Packed Trailer →