From director Tommy Boulding and writers Dean Lines and Ray Bogdanovich comes the action-packed horror-thriller Hunted which sees four friends make the mistake of a lifetime and find themselves unwilling participants in the “most dangerous game.”

In the film, “Hired by an antiquities dealer to steal a family heirloom, four young friends break into the seemingly abandoned Redwick Estate in pursuit of the treasure. Once inside the mansion, they discover they are not alone. Attacked and bound by their captors, they are spirited away from the home and released in the middle of nowhere. As punishment for breaking into their ancestral home, the Redwick’s will hunt the four friends like animals on their sprawling, secluded estate grounds. Tracked by hounds and pursued by the armed family on horseback, the foursome soon realizes the treacherous property is covered with traps. This is not Redwick’s first time hunting humans. The blood sport has been a decades-long, sadistic family entertainment. After a shockingly violent death in their group, the friends stop running and start fighting back – the prey turn on their predators and unleash bloody revenge as they fight for their very lives. Hunted is an intensely thrilling, provocative film from director Tommy Boulding, starring Malachi Pullar-Lachtman, Samantha Bond, James Lance, and Hannah Traylen.”

Samantha Bond, Nick Moran, James Lance, and Malachi Pullar Latchman star in the edge-of-your-seat film, opening in theaters on October 21, 2022, followed by its arrival on Digital and Demand on October 25th, from Saban Films. 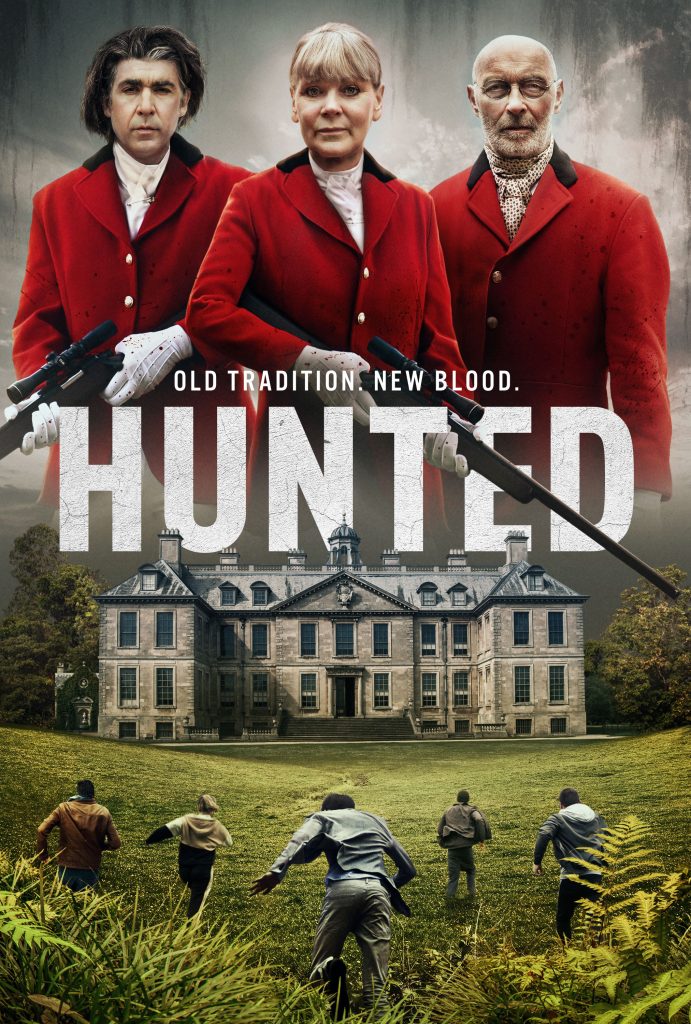