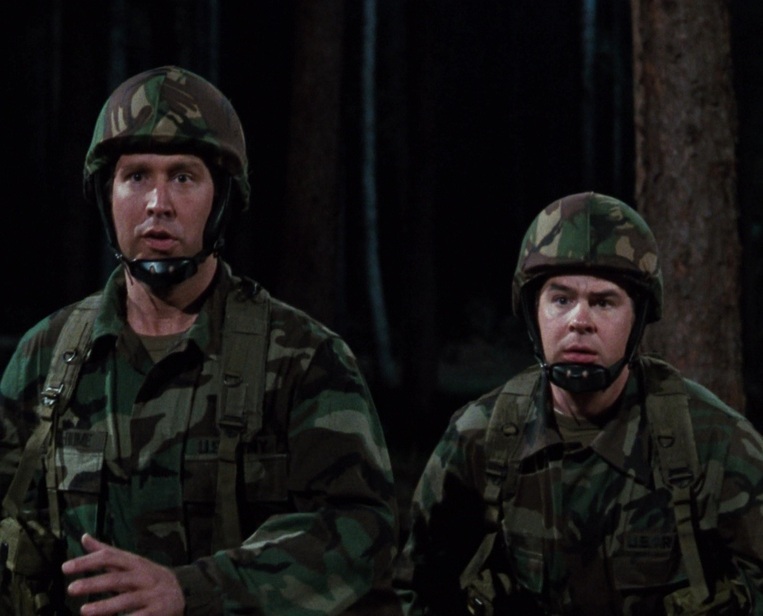 Comedy icons Chevy Chase and Dan Aykroyd are headed to Zombie Town, the upcoming movie based on R.L. Steins’ book of the same name. The two haven’t acted in a film together in over 30 years, with the last being Nothing But Trouble. Chase and Aykroyd also starred together in Spies Like Us, Caddyshack 2, and more.

“The pair is joining the ensemble cast led by young actors Marlon Kazadi and Madi Monroe. The story follows Mike (Kazadi), a projectionist at his local movie theater in Carverville. He’s terrified of zombie movies, but his best friend and crush, Amy (Monroe), just loves them. So when the new zombie flick from Amy’s favorite director is set to premiere on Halloween at his cinema, Mike decides to show her the film early. The two find out the reel is cursed, transforming everyone in town, except for them, into the undead.” THR reports.

Peter Lepeniotis is in the director’s chair for the movie that also stars Scott Thompson and Bruce McCulloch from “The Kids In The Hall”.

Zombie Town is currently filming and will premiere next year.

← Prev: Dark Family Secrets Surface In Blumhouse's 'The Visitor' (Trailer) Next: Supernatural Horror 'The Harbinger' Is Out Today In Theaters And On Demand →