Hit Game ‘The Mortuary Assistant’ Being Adapted For Film 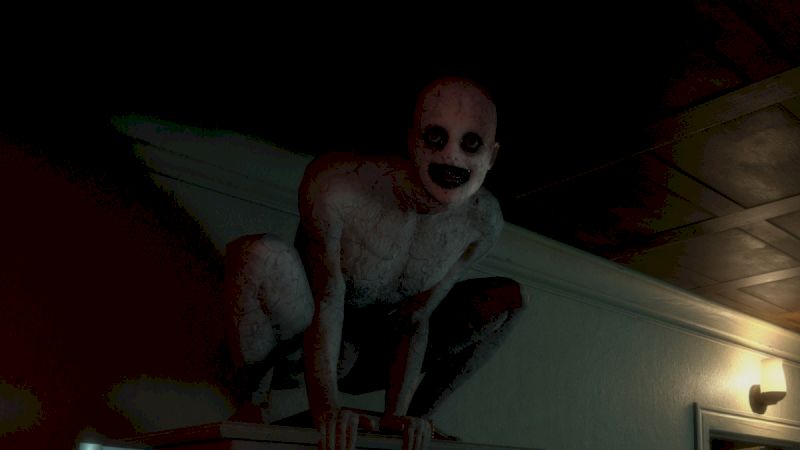 Since its launch in early August 2022, The Mortuary Assistant has become an internet phenomenon — achieving a top 10 streamed games spot on Twitch, becoming a Top Seller on Steam, and taking gaming TikTok by storm. It has been played by top gaming YouTubers such as Markiplier and Jacksepticeye, garnering over tens of millions of views. So it’s not a huge surprise that it’s being adapted for a feature film.

The feature film adaptation will be written and directed by Jeremiah Kipp, whose credits include Slapface,   Draw Up and Stare, starring Academy Award winner Melissa Leo, the Chinese-American co-production Broken Badges, the HP Lovecraft inspired Black Wake (writer/director) and The Sadist (director) starring Tom Savini. He is currently in post productionon his latest feature, The Boo Hag, filmed earlier this year in Savannah, Georgia.

The game tasks players with performing routine mortician tasks while enduring increasingly bizarre and horrifying encounters with demonic entities. To survive, players must identify the correct demon and corpse that it has bound itself to and exorcize it.

In the film, Mortician Rebecca Owens thinks her first night on the job will be embalming a surplus of corpses, but she soon learns a sinister presence resides at River Fields Mortuary. As the dead awaken and malevolent spirits bind themselves to her, Rebecca has to learn how to combat the demons (including the figurative demons of her past) and survive the night.

“There’s a quiet, unnerving intensity to The Mortuary Assistant that creeps into the player, creating a sense that something terrible could happen at any moment,” said the film’s writer and director, Jeremiah Kipp. “Writing the adaptation, I wanted to celebrate all of the game that terrified me as well as create a companion piece to it — honoring the dense creepy world developer Brian Clarke (DarkStone Digital) made and translating it into the visual storytelling and character driven horror of narrative filmmaking.”

He continued, “I want to retain the minimalist setting in and around the mortuary, the fascination with the process of embalming, and the nerve shredding terror of the gameplay. Rebecca Owens is a fascinating character, vulnerable because of a traumatic past and committed in her self-reliance. It has been a truly crazy ride living in Brian’s twisted world, and that’s the experience we want to give the viewer.”

“The incredible reception to The Mortuary Assistant has cemented it as one of DreadXP’s most successful games to date,” said Patrick Ewald, CEO of Epic Pictures Group. “The world Brian Clarke created is rich with lore and the perfect subject to expand upon with a live-action feature film. DreadXP’s parent company Epic Pictures Group is already in a prime position to make that happen, having financed, produced, and distributed over 100 films over the past 15 years.”

“It’s such a rare and exciting opportunity to have your work adapted into film. It’s certainly something I never imagined would happen to me when I started developing the game two years ago,” said The Mortuary Assistant creator, Brian Clarke. “Movies have always been the main inspiration for the style of my games. I’m always trying to create story, dialogue, and moments that feel filmic, so an opportunity to bring this project full circle is making a dream of mine a reality.” Clarke continued, “These characters and their stories are extremely important and personal to me. I’m honored to have people as talented as Jeremiah Kipp and devoted as Patrick Ewald, Ted Hentschke (Head of Production at DreadXP), and Abbey Smith (co-producer at DreadXP) to bring it all to life. Jeremiah is an amazingly skilled storyteller and I’m so excited to see him expand The Mortuary Assistant in new and different ways. I want the adaptation to be a great movie before anything else and I know it’s in great hands. I’m thrilled to be working with such passionate people.”

Patrick Ewald will produce with Brian Clarke and Ted Hentschke executive producing. Abbey Smith will co-produce. Casting for the film will be announced in the future. We’ll keep you posted.

← Prev: Supernatural Horror 'The Harbinger' Is Out Today In Theaters And On Demand Next: Shudder Review: Speak No Evil →