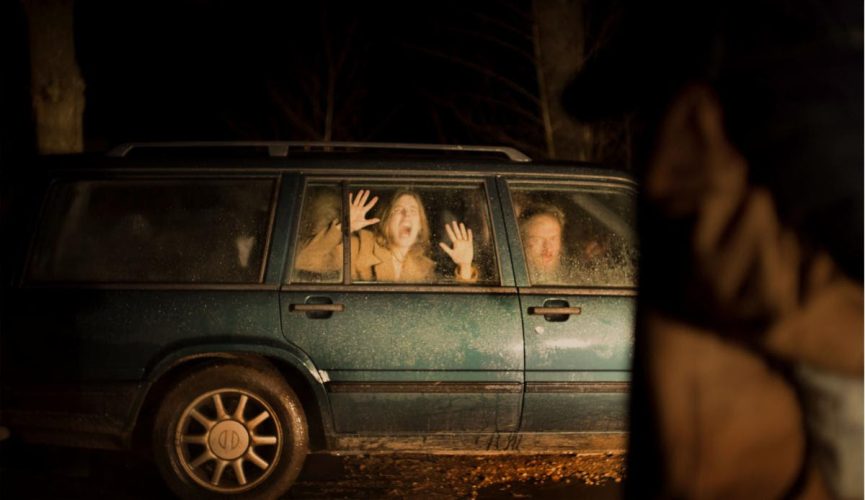 Shudder’s horror-thriller Speak No Evil is set to premiere this September. But is it worth watching? Let’s talk about it.

From director Christian Tafdrup comes the film about two families who become friends during an Italian getaway. When Patrick (Fedja van Huêt) and Karin (Karina Smulders) invite Bjorn (Morten Burian) and Louise (Sidsel Siem Koch) to their remote home for a few days, they quickly say yes. Bjorn, Louise, and their young daughter are greeted with joy upon arriving, but that wouldn’t last long. After a few days, Bjorn and Louise begin to notice that something is off with the other family, soon they will learn just how off the family is when their true selves begin to shine through and the reality of Patrick and his wife’s nefarious motives are revealed.

The film is good at building tension, but be prepared for a slow burn. And while the film features psychological horror, you won’t find any scares.

The main flaw with the film is that we are meant to believe that Bjorn and Louise are actually that stupid. No normal couple would stick around for the abuse and weirdness that they face, especially when their young daughter is involved. Sure, dumb characters have their place in films, but when it’s your main characters, that rarely leads to a good result. I spent the majority of the film in disbelief and it left me distracted, taking away from the story. While I was irked that the movie is driven by the characters’ bad choices, I have to say the cast did give great performances.

The big twist is surprising and the ending brutal and unique, but leaves you with as many questions as it answers. While it has its good points, the acting, and the twist, there are two main issues I can’t get past. It takes so long to get where it’s going and I just can’t get over the character’s ability to ignore red flag after red flag and make stupid decision after stupid decision. It’s just not believable.

Speak No Evil premieres on Shudder on September 15, 2022. Here’s a tip for when you watch the movie, make sure your closed caption is on. The couples jump from language to language throughout the movie and have heavy accents.

← Prev: Hit Game 'The Mortuary Assistant' Being Adapted For Film Next: Italian Horror 'Margot' Now Out On VOD →