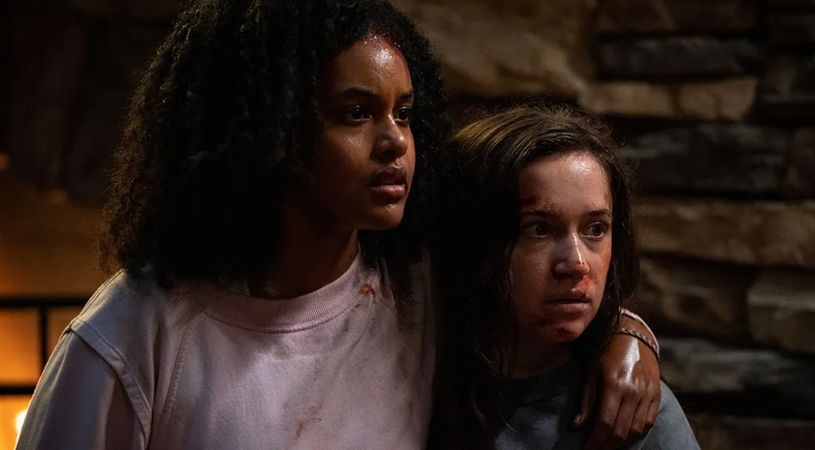 One of the films premiering at Midnight Madness at the Toronto International Film Festival (TIFF) from September 8-18, 2022, is Sick, from Scream and I Know What You Did Last Summer‘s writer Kevin Williamson. In a new clip, shared by Collider, which gives off major Scream vibes, a knock at the door sees the arrival of an intruder.

John Hyams (Universal Soldier: Day of Reckoning, “Black Summer”) directed Sick, which is being described as a “lean, mean, and wickedly timely slasher.” In the film, “Due to the pandemic, Parker and her best friend decide to quarantine at the family lake house alone – or so they think.”