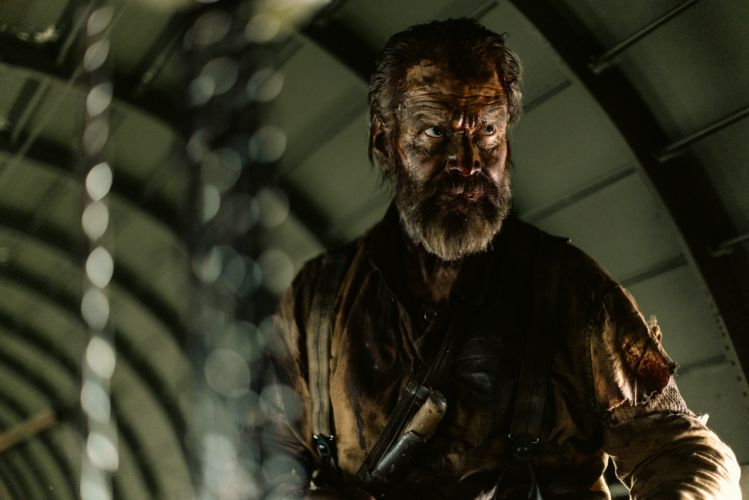 I’m not big on war films and I’m rather picky about action movies, so when I tell you that Finnish war/action film Sisu provided one of the most fun times I have had watching a genre film this year, that statement should not be taken lightly. Light on dialogue but chock full of practically non-stop excitement and sporting more practical gore and make-up effects than many horror movies, Sisu is a cinematic rollercoaster ride from writer/director Jalmari Helander (Rare Exports [2010]; Big Game [2014]) that will have audiences cheering out loud. In 1944 northern Denmark’s Lapland Plains, Aatami Korpi (Jorma Tommila) is a prospector who discovers gold, only to be confronted by a band of Nazi soldiers as he walks with his dog to turn the gold into cash. Seeing the gold as their way of escaping punishment by death when the war ends, the Nazis, led by their commander (Aksel Hennie) aim to get their hands on the gold, and killing the elderly Korpi to get it is their first option. This proves much more difficult than they originally expected, as Korpi has secrets that they learn about too late for some of them. The violence and Korpi’s ability for avoiding death, not to mention his heroics, all reach levels of absurdity, but naturally that is part of the fun in over-the-top actioners like this. Fans of violent westerns such as The Wild Bunch (1969) and their Eastern counterparts such as the Lone Wolf and Cub series are bound to have a blast with this modern version of a grindhouse movie boasting impressive modern film techniques, as will horror fans looking for something a bit different to watch. 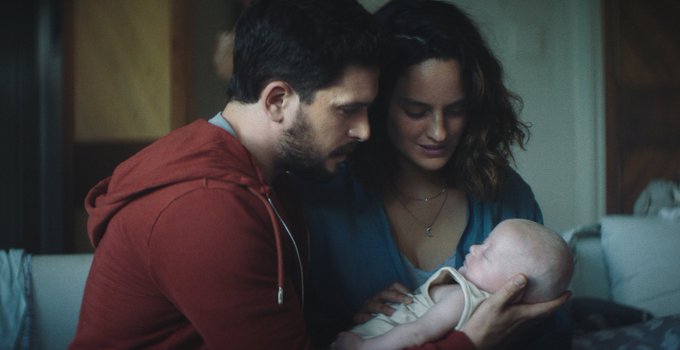 The already impressive subgenre of pregnancy horror has upped its game this year, first with Mexican chiller Huesera and now with U.S. thriller Baby Ruby. Celebrity influencer/blogger Jo (Noemie Merlant) and her husband Spencer (Kit Harrington) are expecting their first child, and Jo plans to continue the picture-perfect life she meticulously controls — she even throws her own baby shower so that everything goes exactly how she wants it to — but the birth of their titular girl quickly puts an end to those intentions. Writer/director Bess Wohl mines the struggles of postpartum depression for a film that tackles the need for more awareness and openness about the subject, putting Jo through the wringer, from having violent visions about Ruby and other babies to feeling gaslit from Spencer and his seemingly meddling mother Doris (Jayne Atkinson) to having her feelings — Are they grounded in reality or steeped in paranoia brought on by postpartum depression? — becoming more suspicious when she meets a welcoming group of fellow new mothers. Wohl ratchets up the tension with Jo’s obsessions, leaving viewers wondering throughout — in the best possible ways — what exactly is going on regarding Jo’s difficult, to put it mildly, relationship with her newborn daughter and her increasing concerns that something dreadful is happening with others’ plots regarding Ruby. Merlant is absolutely sublime in her portrayal of the increasingly unhinged Jo, running through the gamut of emotions and displaying them all splendidly with her eyes and facial expressions, not to mention verbally. Taut and tightly directed, with some dark humor on display as well, Baby Ruby comes highly recommended.