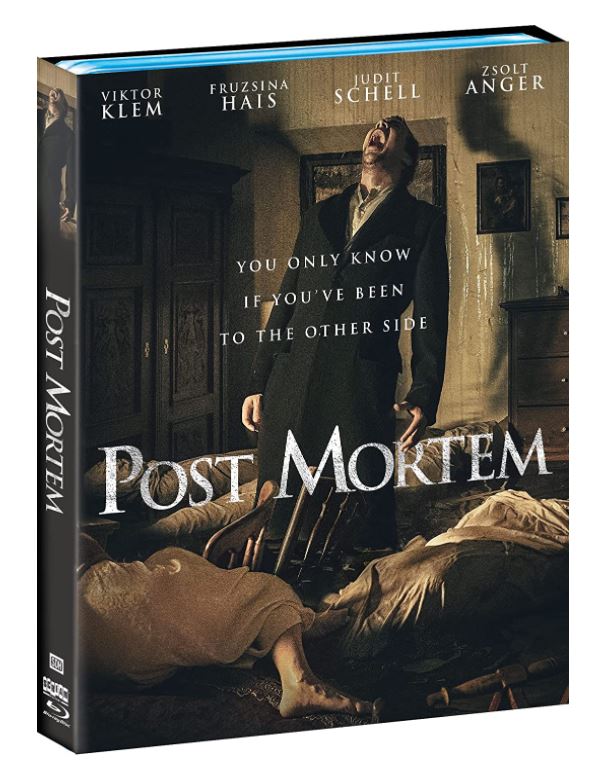 With Spanish Flu outbreak of 1918 raging, and the first World War winding down, our dude Tomás (Viktor Klem), a post-mortem photographer by trade, has plenty of stiffs to keep business booming as he laboriously poses those corpses and snaps shots for their relatives to have as keepsakes of their loved ones.

Why is Tommy so balls deep in the corpse biz (not literally, though in this column would it really come as a surprise if he was?)? Because he nearly was one himself as he was technically dead, but an ethereal young girl revives his ass on the battlefield where he is rescued from a gaggle of extinct soldiers.

After becoming something of a sideshow exhibit due to his experiences while touring with a travelling carnival (nothing good ever comes of those fucking things) he eventually comes in contact with a 10 year-old girl named Anna (Fruzsina Hais), who asks our hero to come and photograph the many corpses in her small Hungarian village that can’t be buried as the frozen ground is harder than the rigor mortis Tom loosens on his subjects! Oh, and you’d be a dumbass if you haven’t guessed that Anna is the girl from his war-time ordeal.

Before you can say “spooky shit is going to happen here”, spooky shit happens here as the town is absolutely lousy with paranormal goings-on, and it’s up to Tom and his young companion to try and put those supernatural shenanigan’s to eternal rest!

With Post Mortem, director Péter Bergendy (working from a screenplay courtesy of Piros Zánkay) presents a solid ghost picture featuring a refreshing setting (World War 1 era Hungary is not a locale one often finds in your average fright flick) and the surroundings are suitably dreary.

Now with that somber setting and sense of gravitas hanging over the affair, you may guess that any ghost-based activity would be kept to a minimum as we focus on such beloved things as detailed character development and chit chat… you know, those things horror hounds just lap up with wild abandon (can you feel the sarcasm, boils n’ ghouls)… but you’d be dead wrong! This film features immolations, bodies being folded like origami, levitation, re-animation, and most delightful of all, an old woman being stuffed up a chimney… these ghosts don’t fuck around in the non-stop mayhem department (there’s even a great sequence where multiple supernatural events happen simultaneously).

Now all of that would be fine and dandy on it’s own, but those slap-happy scares are well and truly sold thanks to the engaging performances of our leads Klem and Hais who easily help us enter this off-kilter world and explore it’s darkest recesses with aplomb!

Also of note are the striking photography courtesy of András Nagy, and the low rumbles of Atti Pacsay’s score, both of which add immeasurably to the arcane atmosphere necessary for a terror tale such as this!

Since this is a new film, presented on a hi-def digital format, you can already guess that this release from Shout! Factory looks fantastic, but unfortunately if you pick this one up hoping for a beastly bounty of bonus features you’ll be left high n’ dry as this release contains only a collection of deleted scenes, and the film’s trailer. Fortunately, this is a strong enough film on it’s own that the lack of bells n’ whistles doesn’t really matter much.

A great ghost story, very well told; Post Mortem will surely be appreciated by lovers of Gothic ambience and paranormal mystery… plus it doesn’t skimp on the ghoulish good stuff!