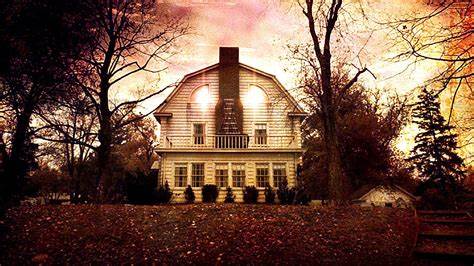 The free streaming service Tubi announced today at Content Canada that it will expand upon its collaboration with Incendo on an upcoming slate of projects that includes a new film adaptation of Hans Holzer’s The Amityville Curse, which is in production, and Mary F*** Kill, also in production.

“With the anticipated launch of the Tubi Original TERROR TRAIN right around the corner, we’re pleased to share that we’re already building upon our content creation partnership with Incendo,” said Adam Lewinson, Chief Content Officer, Tubi. “We look forward to continuing our collaboration and working with fantastic Canadian filmmakers and talent on an exciting reimagining of THE AMITYVILLE CURSE and our new original, MARRY F*** KILL which mixes elements of ‘Stranger Things’ and ‘Euphoria’ in its captivating script.”

In the new adaptation of Hans Holzer’s novel The Amityville Curse – the film will be a modern take on the ever-popular franchise with a fictionalized story that remains true to the novel. Further ensuring an authentic approach, Incendo has secured the underlying rights to Hans Holzer’s titular original novel from the estate.

The film is being adapted by Dennis Heaton (“Motive”) and directed by Éric Tessier (“You Will Remember Me”), with Graham Ludlow (“Terror Train”), Kaleigh Kavanagh (“Terror Train”), Brook Peters (“Terror Train”) and Shari Segal (“Terror Train”) executive producing alongside fellow author and Hans Holzer’s daughter, Alexandra Holzer, whose contribution to the film pays tribute to continue the authenticity and legacy of her father’s work.

The original film Marry F*** Kill sees five estranged college friends reunite to attend their friend’s funeral after her shocking suicide. Scarred by a past betrayal that led to the ultimate demise of their friendship, an innocent game of Marry F*** Kill spawns into something far more sinister than they could have imagined.

Tubi is currently getting ready to launch its first collaboration with Incendo, Terror Train, which was shot in Montreal and will premiere on October 21st as part of the platform’s successful annual month-long Halloween-inspired genre celebration, “Terror on Tubi.” The new film adaptation, produced by Incendo, is set to thrill horror fans who have been clamoring for a remake of the 1980 cult classic for years.

At its 2022 NewFronts presentation, Tubi revealed it is doubling down on content and debuting more than 100 new original titles over the next year. Tubi is cementing its commitment to original content, giving audiences more of what they love, including horror and thrillers, throughout the year.