Johnny Gruesome Director Is Back With Revenge Flick ‘Guns Of Eden’ 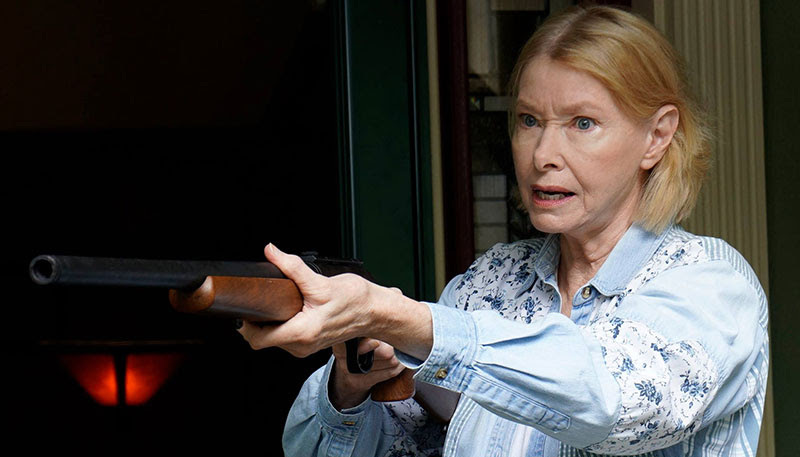 Back in 2018, Gregory Lamberson unleashed his undead revenge movie Johnny Gruesome which was a hit with viewers. Now, Lamberson is back with Guns of Eden, starring Alexandra Faye Sadeghian (Bound) and horror veteran Lynn Lowry (Shivers, The Crazies). The film has just scored a November release from Uncork’d Entertainment.

In Guns of Eden, Megan, her partner Jeremy, and his friends Blake and Gabriella go camping for the weekend. In the woods, Megan and Jeremy witness the execution of a drug trafficker by the local sheriff and his deputies. The campers attempt to flee, but the deputies seal off the mountain, and the sheriff gets an armed militia to hunt the strangers.

“Gregory Lamberson, who gave us the cult favorite JOHNNY GRUESOME, is back with a high-energy, action-packed revenge film with a strong female protagonist” said Keith Leopard, President Uncork’d Entertainment. “This great mix of FIRST BLOOD and ATOMIC BLONDE is a real good time.”

Director Gregory Lamberson negotiated the deal on behalf of the film team with Keith Leopard of Uncork’d Entertainment.

Guns of Eden is locked and loaded and ready to premiere this November. Hopefully, we’ll see the trailer soon.

← Prev: 'Stalker,' Starring Sophie Skelton, Has Hunted Down A Home Release Date Next: A Man Goes To Terrifying Lengths To Get New Listeners In 'The Murder Podcast' Trailer →