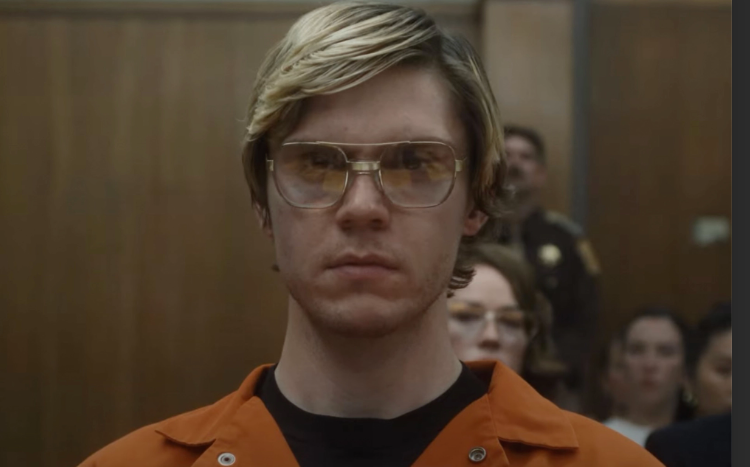 Unless you’ve been living under a rock, you have either heard of or have already binge-watched Netflix’s new 10-episode true crime series “Monster: The Jeffrey Dahmer Story” starring Evan Peters as the infamous serial killer also known as the “Milwaukee Cannibal.”

Even Peters, most well known for his roles in the “American Horror Story” franchise, plays his best role to date, giving an eerie performance that is so realistic that it’s scary. A better actor could not have been cast. It was a perfect fit.

The series does not feature a lot of puff to make it more disturbing, like many docuseries or documentaries. It’s disturbing all on its own. In fact, it leaves some of the more brutal details unseen, because let’s face it, the crimes of Dahmer were beyond cruel. When it comes to accuracy, the series is dead on. Only one notable scene (that we know of) was changed, the scene where he drinks the blood out of an IV bag, in reality, he drank from a vial. I assume it was changed just for impact. .

Since its release, “Monster: The Jeffrey Dahmer Story” has ruffled some feathers with viewers and some of the families of the victims. The families are angry, and they have the right to be. Dahmer’s victim’s pain and deaths are being exploited for entertainment. They have been retraumatized. But society needs to studyr society t study serial killers in order to understand their motives and what made them the monsters they are. Why? So that we can learn from our mistakes and learn the warning signs so that the next killer may be stopped before it’s too late.

Some people are saying that the show glorifies Dahmer and his crimes, but that couldn’t be further from the truth. The series captures his struggle to appear normal, his sad excuse for an existence, and reveals that he was human, a flawed, disturbed, sick man, but human. It also gives us not just shallow introductions to some of his victims and their families, but their backstories, and allows you to connect to them, making them more than just a name on a list, for example, we see some of Dahmer’s brief relationship with the deaf man Tony Hughes whose death left me crushed.

Unfortunately, the cannibalistic scenes in the series were accurate. Dahmer had no shame about confessing to those crimes and went into detail with the police and in several journalistic interviews. He believed his desire to have ultimate control over other people may have contributed to his need to eat “long Pork” (people).

When it comes to what made Dahmer a killer, we have to wonder if it was nature or nurture, or maybe the fact that he had to hide his sexuality, but the truth is we’ll never know. He was a dangerous man and the world is better off without him in it. is nine life sentences were commuted to a death sentence thanks to his fellow prisoner Christopher Scarver who beat him to death on November 28, 1994.

I have watched a lot, and I mean a lot of true crime. And I have to say that “Monster: The Jeffrey Dahmer Story” is by far the best. It’s gritty, brutal, and far more disturbing than any horror movie or monster that could be cooked up.

If you haven’t seen “Monster: The Jeffrey Dahmer Story” I urge you to do so immediately. Here’s my obligatory warning, it’s graphic, brutal, sexual, and heartbreaking. If you are going to watch it make sure there are no kids around.

Our hearts go out to the victims of Jeffrey Dahmer and their families. We are sorry for your loss.

← Prev: 'Cursed Mansion: Confined Within Time and Space' Coming Soon To PC Next: 'Fall' Takes Terror To New Heights In New Behind The Scenes Clip →