Indie Indonesian game developer Dragon Emperors has announced the full release of their upcoming RPG classic Cursed Mansion: Confined Within Time and Space after its successful Alpha release on Steam. Today Dragon Emperors have released a tease trailer for the game’s full release which at this time no date is set except that it’s “Coming Soon.” 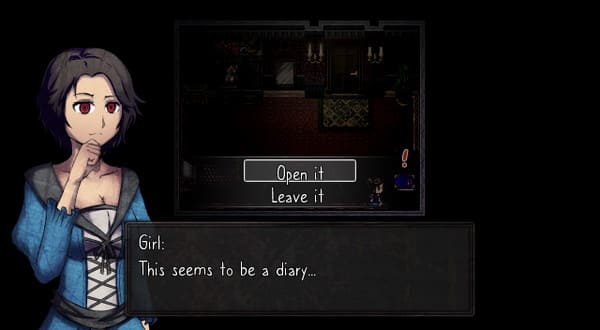 Cursed Mansion: Confined Within Time and Space is a classic top-down RPG-style horror game where players take on the role of Rose, a young woman who after encountering a sudden storm while out in the woods is forced to take shelter in an old mansion where her arrival wakes something evil hidden within.

The game will feature the following:

Map Details: An eerie atmosphere inspired by horror movies such as Ju-On and Insidious, as well as horror games such as Majo no le And Layers of Fear.

Gameplay Log: Tracks and saves progress in the game.

Interactable Icon: Players won’t get stuck because interactive icons help one see what can or can’t be interacted with.

Alternating Events: Every time the game resets, the events that have previously happened might or might not happen again.