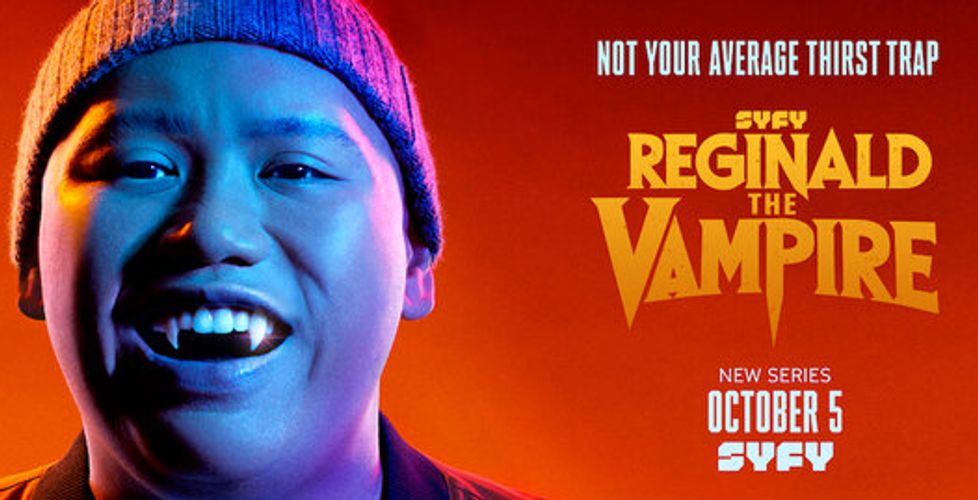 The ten-episode first season is based on the book series by Johnny B. Truant and stars Em Haine, Aren Buchholz, Mandela Van Peebles, Rachelle Goulding, Savannah Basley, Georgia Waters, and Andre Anthony, among others.

Tune in on SYFY and USA on October 5, 2022, for the series premiere of “Reginald the Vampire,” following the season 2 premiere of “Chucky.”

← Prev: 'Demons By Dawn' Unveils Official Poster Just Ahead Of Its Release Next: David Harbour Is An Ass-kicking Santa In The 'Violent Night' Trailer →