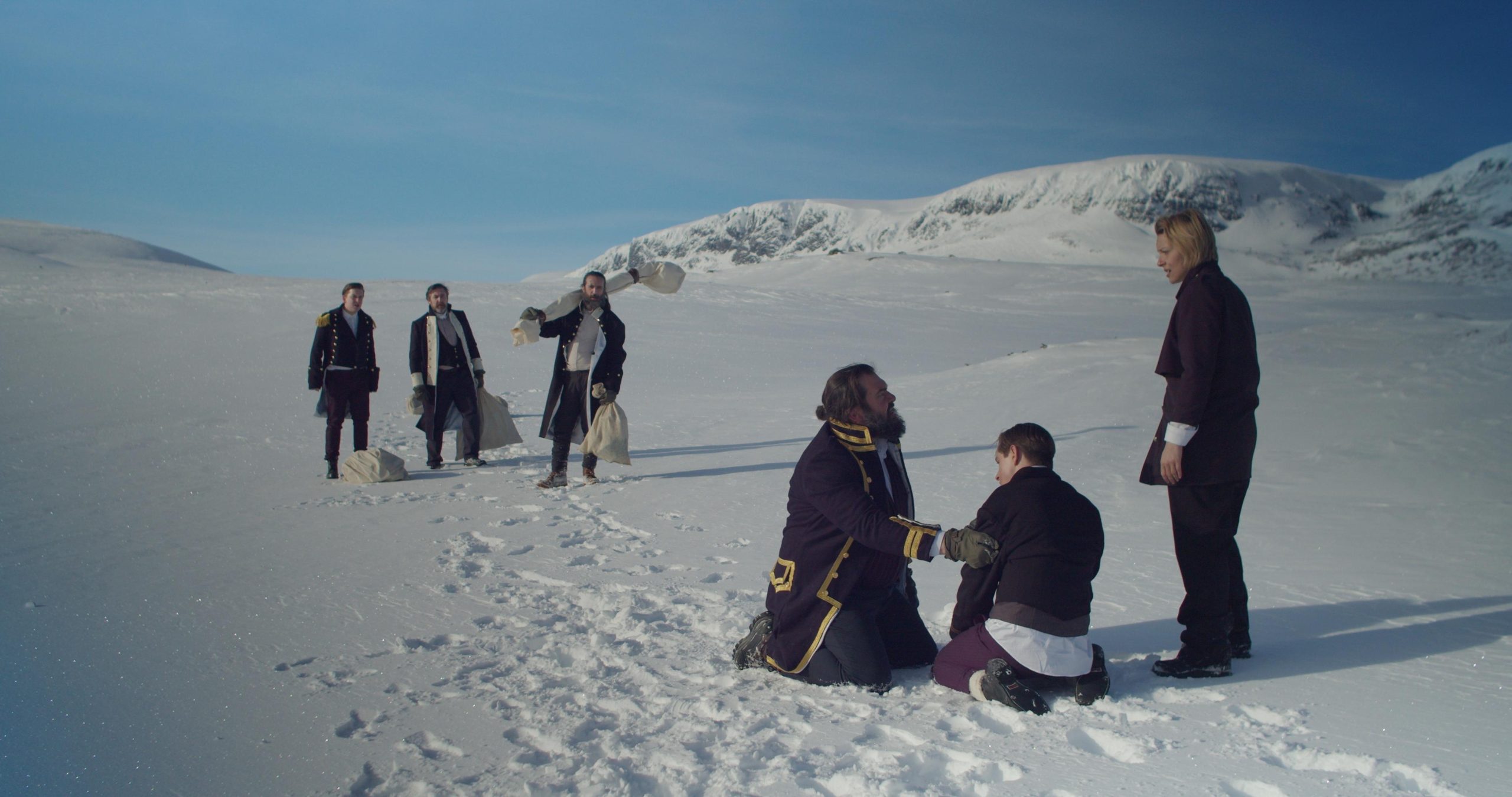 The crew of the HMS Innsmouth is on a mission to rescue the HMS Eibon, which was lost during its expedition to the North Pole. HMS Innsmouth’s Captain Mortimer’s (Rory Wilson) good friend Captain Streiner (Tim Cartwright) commanded the lost ship, so he is determined to learn the fate of his friend. Meanwhile, Crewman Redgrave (Jake Watkins) helps hide a woman stowaway named Carmen (Beatrice Barillá), whose brother was an officer on the Eibon. Tension heightens when crewman Spriggs (Ricardo Freitas) (who you just can’t wait to see get his) learns of this.

Mortimer’s first mate McCullough (Johnny Vivash) warns the captain that sailing any further ahead in the ice will result in disaster, but Lieutenant Roth (David Lenik), whose father owns HMS Innsmouth, persuades Streiner to forge ahead. It turns out to be a foolish decision, as ichthyoid creatures invade the ship and attack the crewmembers. Some of the crew manages to escape, traversing the treacherous climes and facing multiple dangers in ice caves.

Steeds, who also wrote the screenplay, gives Freeze a terrific look, as the snowy exteriors were shot on location on a Norwegian glacier, and the period costumes look wonderfully authentic. Monster movie fans who prefer practical effects to CGI should find a lot to like here, as the ichthyoid beasts — known as The Deep Ones in Lovecraftian mythology — are people in suits, and very impressive suits, they are. 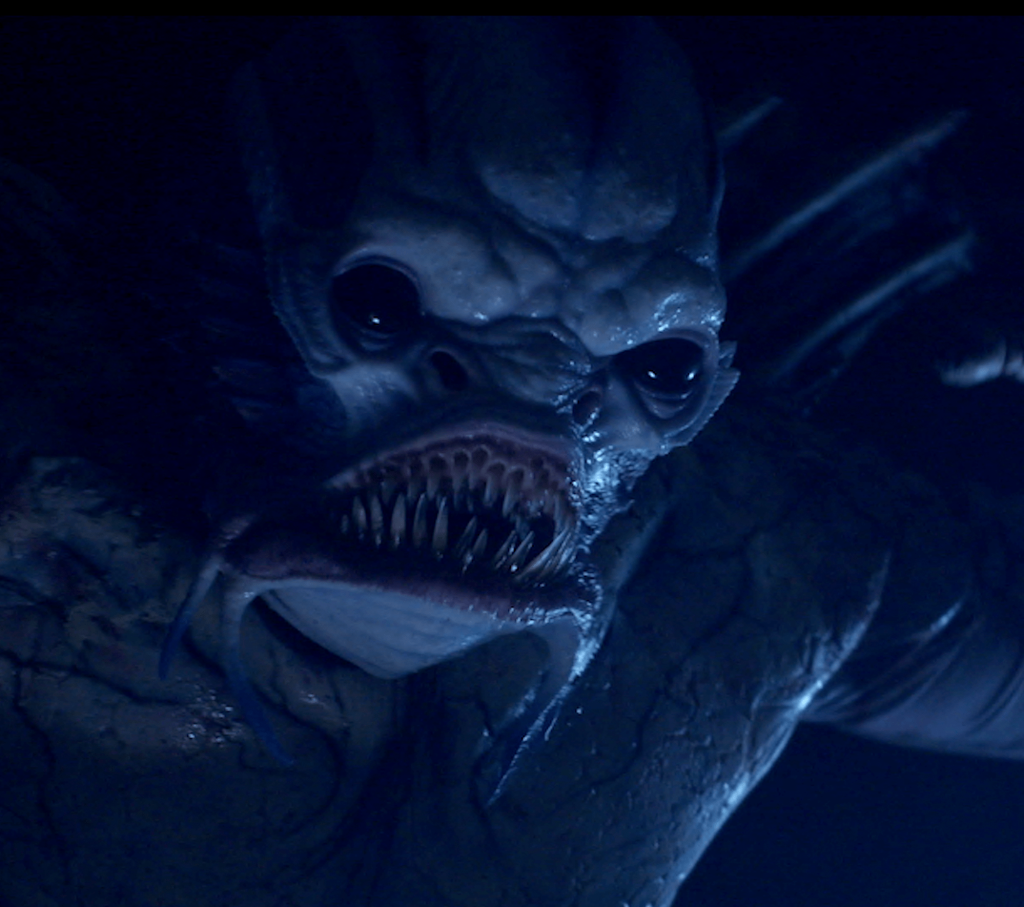 The screenplay is full of suspense, as creature attacks, treachery, and madness abound. The cast members are fully committed, with Wilson particularly strong as the brave leader of his crew and Cartwright chewing up scenery in a fun manner. This is my favorite of Steed’s directorial efforts to date — and he already has several highly accomplished ones on his resume, including The Barge People (U.K., 2018), reviewed here; Winterskin (U.K., 2018), and A Werewolf in England (U.K., 2020).

Fans of Lovecraft, creature features, and well-made independent horror will find a great deal to enjoy with Freeze, which is currently on the film festival circuit.

Freeze will also screen as part of FrightFest Halloween on October 29, 2022 in London. For more information, visit https://www.frightfest.co.uk/2022halloween/frightfesthalloween.html. 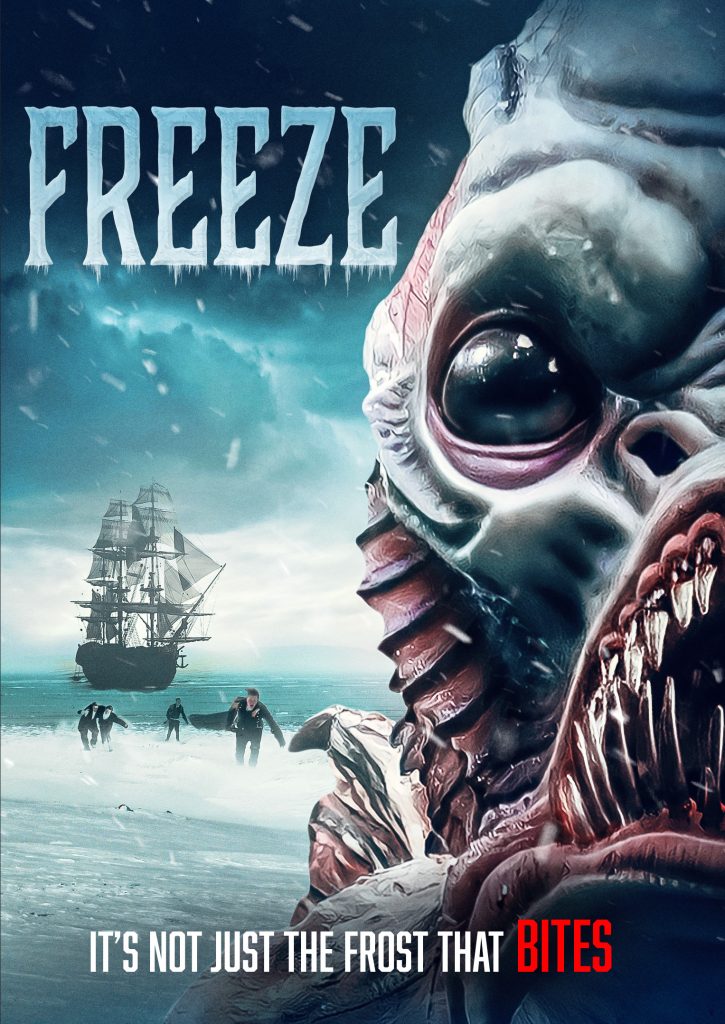