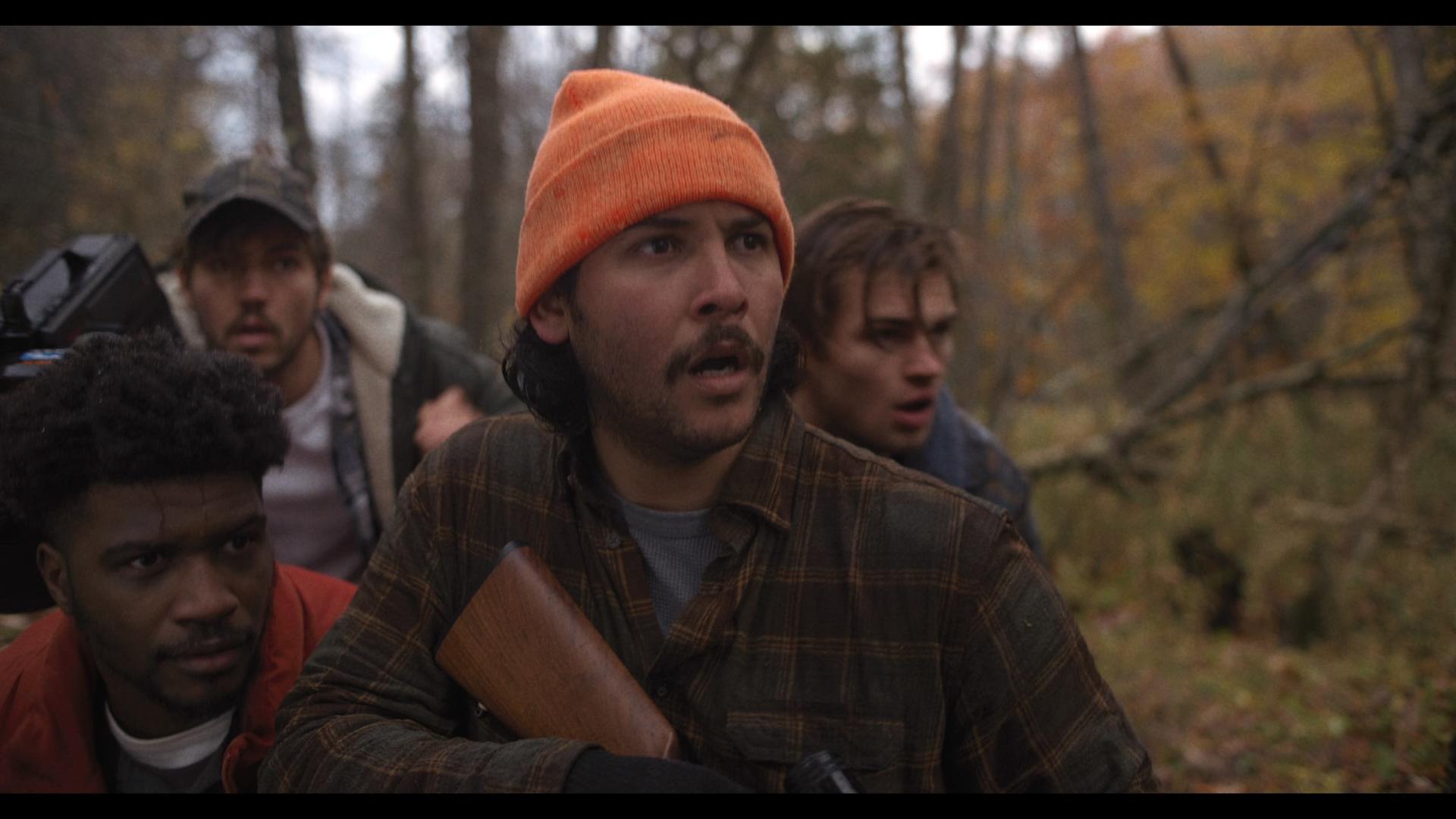 Sylvan shockers are in no shortage at Screamfest this year. Here’s a look at two of those woods-set features.

Combining supernatural cabin-in-the-woods elements with slasher fare, first-time director L. Van Dyke Siboutszen’s Deer Camp ‘86 (2022) goes for the jugular, along with several other body parts, in its tale of a group of Detroit friends who head out to the forest to open up the 1986 deer hunting season. They make an ill-fated stop at the bar, where nice guy of the group Wes (Noah LaLonde) falls hard for Native American bartender Star (Tina Manera) while the group is confronted by local racists. Meanwhile, unbeknownst to Wes, Star is assaulted and murdered behind the bar before the group leaves. That’s doubly unfortunate, as every time a Native American woman in the area is killed, something attacks any hunters in the area, which Sheriff Paulson (Paul Wilson) puts down to bear attacks — though he knows better. Most members of the hunting group are not likely to endear themselves to viewers, but the cast members play their characters with verve. Working from a screenplay by fellow first-timers Bo Hansen and Riley Taurus, Siboutszen delivers an entertaining shocker that shouldn’t be mistaken as a horror comedy — it certainly contains a certain amount of humor, but the focus here is more on the vengeance at play, and there are some quite serious references to the dangers that face Native American women.

Your enjoyment level of horror comedy KillHer (2022) will likely greatly depend on how much you get behind, or perhaps against, the character who is eventually revealed as the killer — seasoned fear-fare fans will probably feel that the answer is telegraphed fairly early on — but there is no denying that the actor for that character is all-in with their performance. There’s a bit of Scream-style horror movie meta awareness at play in this slasher-in-the-woods offering, as practical joker with a morbid sense of humor Eddie (M.C. Huff) has arranged a camping weekend as a bachelorette celebration for Mattie (Jenna Z, as Jenna Z. Alvarez), with Mattie’s friends Jess (Emily Hall) and Rae (Nicole Lovince) also in attendance. Thinking that they are setting up camp next to Mattie’s unsuspecting fiancé Jagger (Jack Schumacher), they find instead that they have pitched their tent next to that of the suspicious-looking Mr. Rogers (screenwriter Tom Kiesche), who has an abundance of weapons on hand. Someone in the camping area has a mind for murder, and KillHer delivers plenty of carnage and some grisly practical effects and makeup work. Director Robyn August brings an abundance of energy to KillHer, and the cast members all give spirited performances, including Harrison White in a hilarious role as HXB, a local motel operator and karaoke coach. 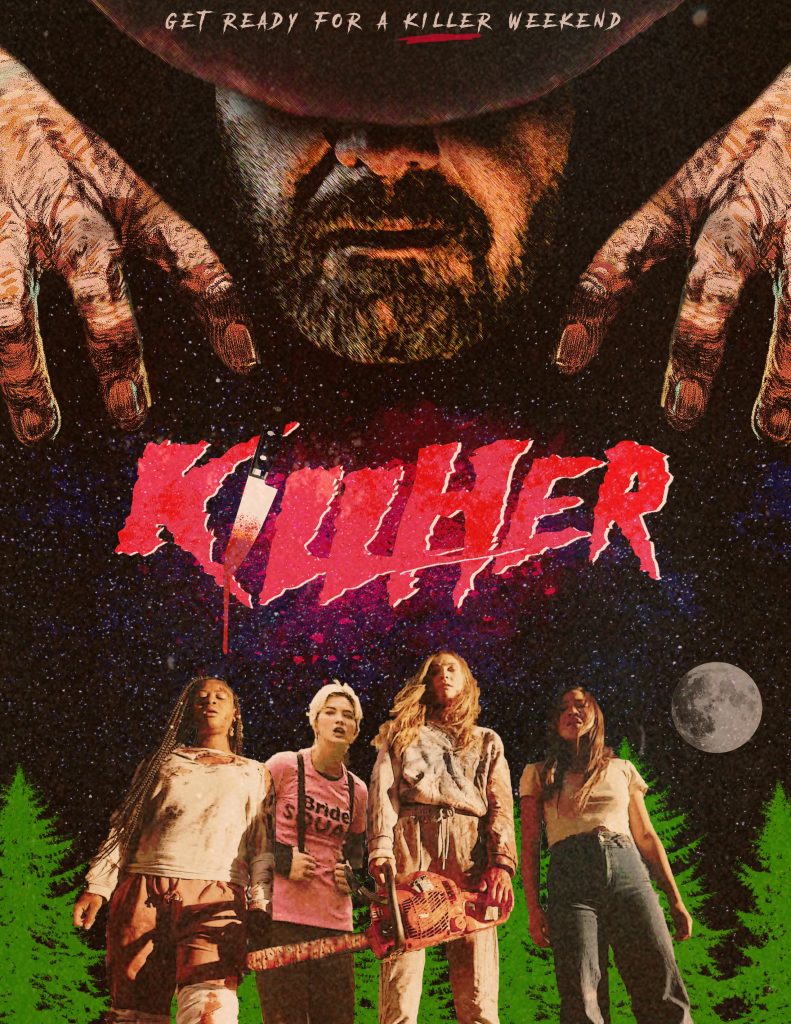