Top 10 Scariest States In The U.S. 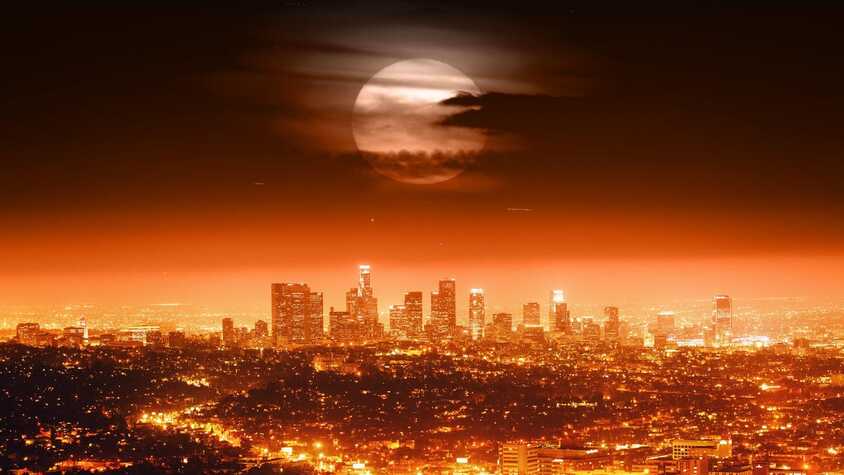 As a  lover of all things dark and spooky, have you ever wondered what states have the most hauntings, most horror movies, or the most serial killers? Cycling Frog has done the research and crunched the numbers and shared with us the “Top 10 Scariest States.” 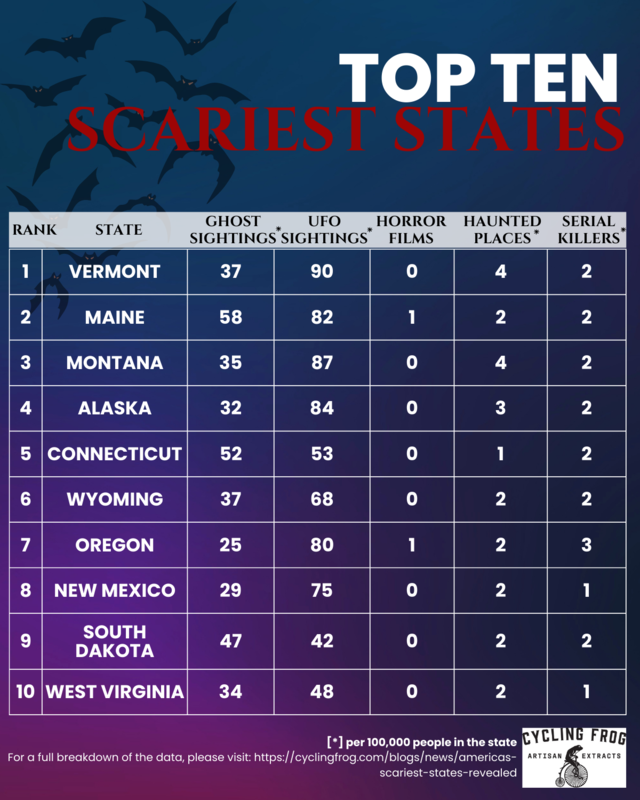 Although it’s probably not something to shout about, Texas is home to the highest number of serial killers compared to any other state in America, largely due to its massive population.

However, with its smaller population, Delaware actually has the highest number of serial killers per 100,000 people living in the state, so has been dubbed the most murderous state in the index.

California is the state with the highest number of haunted places, with 187 haunted places logged on FrightFind.com, including the Winchester Mystery House in San Jose, Point Sur Lighthouse in Big Sur, and Hotel del Coronado in San Diego.

And whilst residents of Vermont claim to spot UFOs the most, close second for UFO spotting is Washington D.C., with 89 sightings per 100,000 people – 1,311 overall.

Perhaps unsurprisingly, California comes out top of the rankings when it comes to the number of horror films based in the state. Amongst the horror blockbusters set in the state are Saw and Poltergeist – both of which came to change the genre forever.

California is closely followed by New York, which is the setting for fan favorites Rosemary’s Baby, Jaws, Get Out, and Final Destination.

Jason Peterson, Head of Brand at Cycling Frog, commented: “As we’re approaching the spookiest time of the year, we wanted to find out which state in America is well and truly the spookiest, creepiest, and all-around most chilling…

“From Maine to Alaska, each state has its own horror stories. ‘Scary’ also means different things to different people, so we’ve looked at the amount of ghost and UFO sightings, horror movie sets, haunted places, and even the number of serial killers to crown the scariest state in America, to try and cover all bases.”

“We hope that the residents of the scariest states wear their new titles with pride” If you find yourself feeling a little too creeped out and jittery this spooky season, you could always try one of their gummies instead of your usual Halloween candy.

To see the complete index and breakdown of the research, visit Cycling Frog.com