Director Of ‘Winnie the Pooh: Blood and Honey’ Is Taking Aim At Peter Pan Next 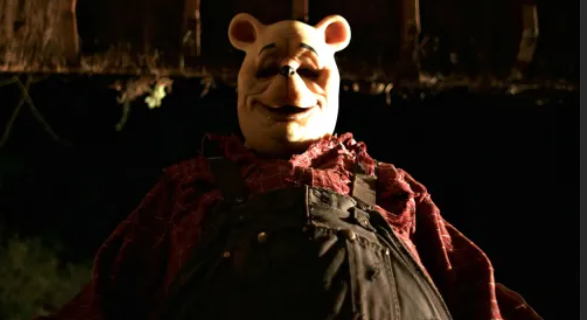 Odds are, if you’re a horror fan, you’ve seen the insane trailer for Rhys Frake-Waterfield‘s upcoming movie Winnie the Pooh: Blood and Honey. The director is already continuing his assault on our beloved childhood movies (not that that is a bad thing).

Not only is Waterfield working on a sequel to Blood and Honey ahead of its release, but he’s also working on a movie titled Peter Pan: Neverland Nightmare. We can’t wait to see what hell he puts poor Wendy and Peter through.

How is Waterfield getting around Disney? Both Winnie the Pooh and Peter Pan are public domain. Filmmakers are free to create their own versions, such as a killer Winnie the Pooh who happens to love spilling blood as much as it loves eating honey.

Winnie the Pooh: Blood and Honey centers on Christopher Robin who heads off to college and forgets to feed his friends before he goes. This leaves Winnie and Piglet to starve and turn into bloodthirsty monsters.

We’ll keep you posted about the sequel and Neverland Nightmare. Winnie the Pooh: Blood and Honey is to be released on February 15, 2023, by Fathom Events.