Suspect Arrested In “Down The Hill” Murder Mystery 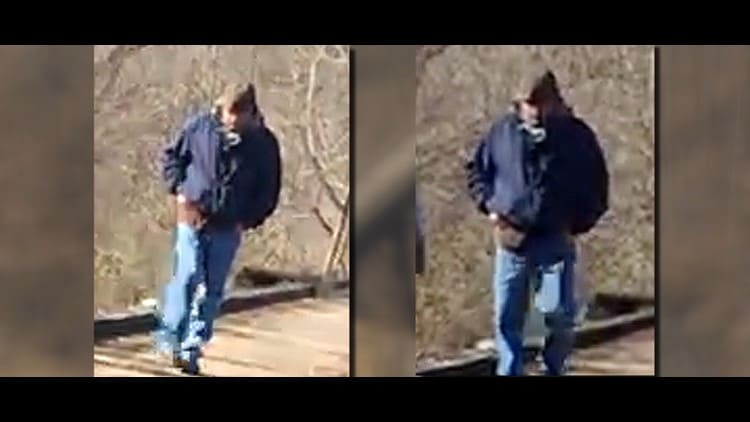 Internet sleuths, true crime podcasts, and youtube mystery channels at one point in the last couple of years would have talked about the Delphi Murders, or the “Down the hill” case as some call it that occurred in 2017 and shook the pillars of an Indiana community.

On February 14th, 2017, Abigail Williams (13) and Liberty German (14) were hiking on and around the abandoned Monon High Bridge that was over Deer Creek, a popular hiking spot. Liberty posted a picture on Snapchat showing Abigail walking on the bridge around 2:07 pm but at 3:15 the girls failed to show up at the meeting place with Liberty’s Father. The families of the two missing teens then searched for a while in the area before calling authorities and reporting the girls missing. The following day around noon, the police found the remains of both Abigail and Liberty on the shore of Deer Creek not far from the bridge Abigail was photographed walking on.

It was clear that the teens were murdered and to this day the police have not released any details of the crime publically. The only evidence given to the public came from one of the girl’s phones showing a heavyset white man walking towards the girls on the bridge. The next piece of evidence released to the public came from an audio recording from one of the phones where a muffled voice could be heard saying “Down the hill”, hence how the case go its infamous nickname.

This year on October 28th announced a suspect was in custody in relation to the case but it was on Halloween, authorities announced that Richard Allen (50) was charged with two counts of murder. Allen worked at a local CVS pharmacy where a family member recounts he assisted them in printing pictures they had of one of the murdered girls from their cell phone for their funeral, in which they said after Allen saw the pictures he told the relative he would not charge them for it.

Allen has been transferred to state prison for his “Safety” while the Judge originally assigned the case made a motion to have the case heard by a special Judge (outside the country where the murders took place) before recusing himself and sealing all documents related to the case from the public. Chances are that over time as the trial takes place, more information may become more public.