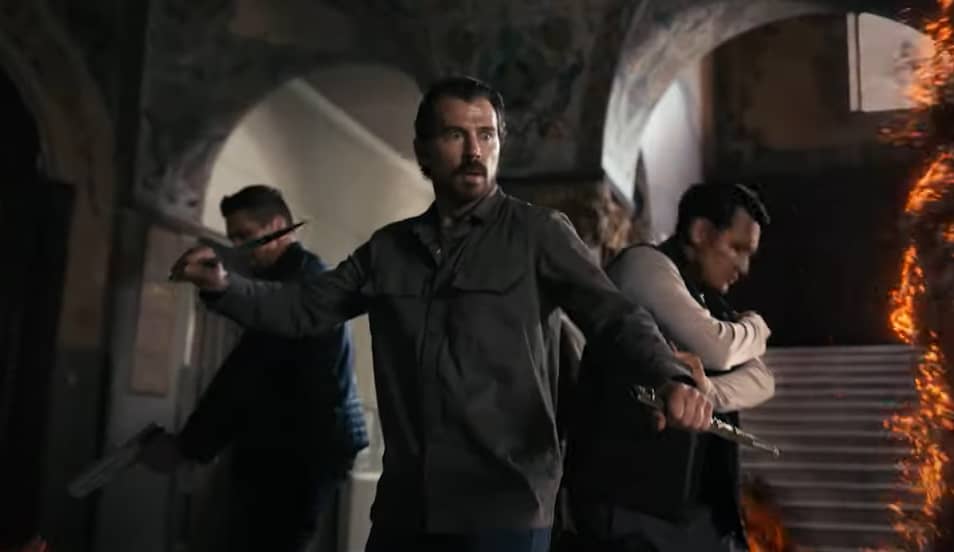 Uncork’d Entertainment is set to release Angels Fallen: Warriors of Peace this summer. Today, we’ve got the first trailer that features Denise Richards fighting in a battle of biblical proportions.

In the film, directed by Ali Zamani, hero Gabriel (Josh Burdett) summons his demon slayer troupe, tagged ‘Warriors of Peace,’ to fight a destructive army of the dead. Richards’ character supplies the team with the weapons they’ll need – ‘Q’ style.

“Denise Richards, in a real departure, is a force to be reckoned with in ANGELS FALLEN: WARRIORS OF PEACE as a gun-toting weapons expert. She has some fabulous action sequences, expertly directed by Ali Zamani, and her fans are going to eat it up.” said Keith Leopard, President Uncork’d Entertainment. “With state-of-the-art effects, superb choreography, and a wonderful cast, there’s no denying ANGELS FALLEN : WARRIORS OF PEACE will be one of Uncork’d’s big ticket releases next summer.”

Zamani negotiated the deal on behalf of the film team with Keith Leopard of Uncork’d Entertainment.

← Prev: The Science Of Why We Love Scary Movies Next: Giant Shark Movie 'The Black Demon' Swims Into Theaters In April →