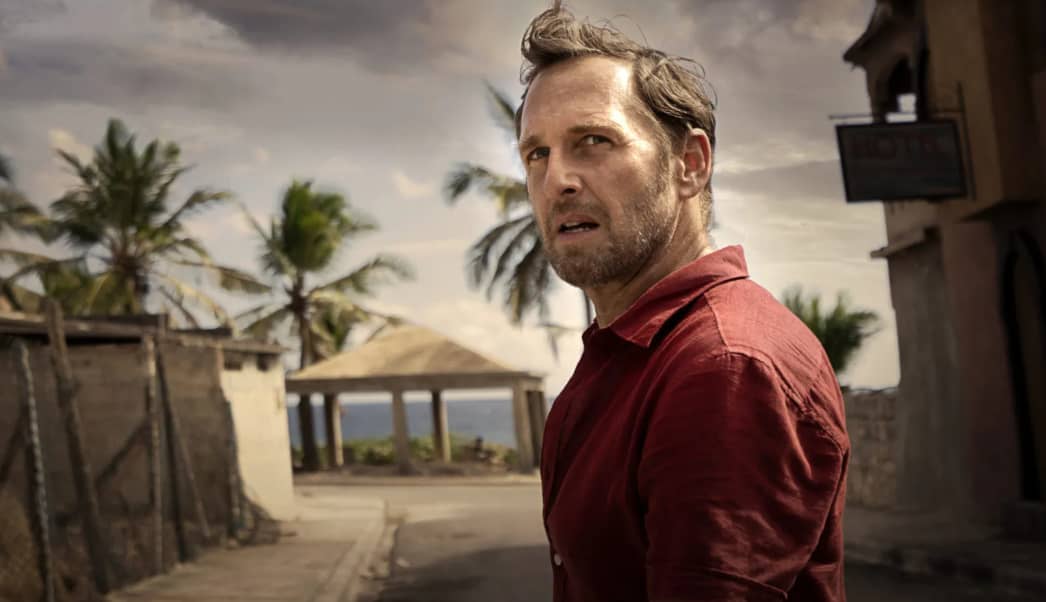 From director Adrian Grünberg (Rambo: Last Blood) comes The Black Demon, based on a Mexican legend of a giant black shark. Today, we’ve learned that the movie is set to premiere in April 2023.

“When oilman Paul Sturges takes his family to Bahia Negra, the crown jewel of Baja and the site of Paul’s best-performing rig, the vibrant Mexican coastal town he once knew has mysteriously crumbled. In the decrepit ghost town, the last inhabitants tell Paul the offshore platform has awoken ‘El Demonio.’ Scared to be left alone, the family follows Paul out to the platform, and just after they get on, the man and boat that risked bringing them are ferociously attacked by a massive black shark. This shark is unlike any other creature, a shark of legend known as “The Black Demon.” It has laid claim to the local waters aggressively protecting mother nature against human threats. It kills everything and repeatedly charges the oil rig itself, threatening to destroy it.

Paul and his family are stranded with the few men who have survived and now discover explosive charges have been set on the legs of the platform. Under constant attack by the giant monster and with the time literally ticking away, Paul must find a way to get his family back to shore alive.”

Josh Lucas (The Forever Purge), pictured above in the first image from the film, stars alongside Fernanda Urrejola (Cry Macho) and Julio Cesar Cedillo (Sicario). Boise Esquerra penned the script based on a story by Carlos Cisco.

← Prev: A War Of Biblical Proportions Wages In The First Look At 'Angels Fallen: Warriors Of Peace'' Next: Frank Grillo Stars In Upcoming Horror 'The Resurrection of Charles Manson' →