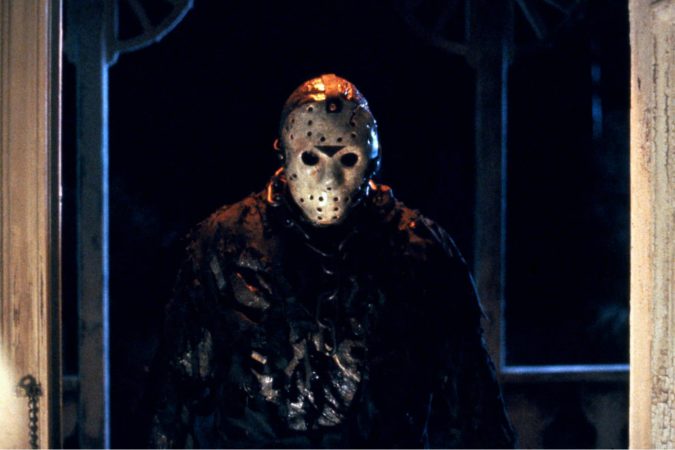 Humans no longer need to fight for survival. Instead, most of us modern folk get our dose of adrenaline by watching scary movies. But why do we enjoy horror films? Where’s the pleasure in fright? If a curious alien comes, how do we explain why we like intentionally scaring ourselves? To find out, let’s explore the psychological basis behind this seemingly inexplicable hobby.

The survival instinct of a modern human is mostly dormant and almost atrophied compared to wild animals. We have long distanced ourselves from primal threats of nature and cocooned ourselves into a comfortable living environment, no longer having to worry about extreme environmental conditions or sudden tiger attacks.

But something still compels us to look for danger.

Why do we go skydiving? Why does Tom Cruise do all his own stunts? There’s a certain thrill and stimulation that comes with putting your life in danger. People describe feeling the most alive just when their life hangs in the balance. You feel excited and overwhelmed as the survival instinct kicks in, and you are hit with a steady flow of adrenaline, which can rightfully be described as nature’s drug. Why put your life in actual harm’s way when you can experience this emotion from the comfort and safety of your own couch?

Modern psychologists agree that watching a scary film can help people overcome real-life trauma and improve their mood, so next time you decide to buy free essays online to free up time for a horror movie night, know that you are not wasting time; you are engaging in a therapeutic experience.

The call of the void

Mankind undeniably has what we’d call a dark side. Whether we like it or not, things that are deemed immoral or evil are the innermost parts of our true nature (to a variable degree). Arguably, there is a little bit of a serial killer and evil dictator in all of us. We are terrified but also fascinated by the likes of Ted Bundy or John Wayne Gacy, who didn’t shy away from realizing their darkest depravities, and real-life horror mysteries like the Dyatlov pass incident or the Isdal woman enigma, where people were met with horrifying and inexplicable deaths.

Many people ignore and deny the inherent sinister aspects of a human being, but others like to explore them out of curiosity. Even if we condemn them, we are undeniably fascinated by murders, violent crimes, and mysterious disappearances. Who doesn’t remember a chilling childhood horror story responsible for a few sleepless nights? There is a French term l’appel du vide, which roughly translates to the call of the void and describes a widespread phenomenon – a sudden impulse to harm yourself or someone else. No level of progress is going to erase our deep-rooted animalistic instincts that include a fair share of violence.

In actuality, psychological factors determine whether a person likes or dislikes horror movies. Stimulation is one of the main aspects that influence our preference for horror movies. Negative forms of stimulation include fear and anxiety, whereas good forms include excitement and ecstasy. We feel both types of stimulation when we watch horror movies; the more frightened we are, the greater our thrill and enjoyment.

While watching horror, fright also raises our adrenaline levels, giving us a pleasurable energy boost or heightened feelings. The joyful sensation of closure and relief towards the conclusion of the movie, however, increases in proportion to how intense the stimulus was. We are relieved to finally suspend the suspension of disbelief and allow ourselves to realize what we are watching is not real. Like waking up from a bad dream, this gives us a freeing and calming sensation.

Individual variations in empathy are also linked to a preference for horror. Horror can be more pleasurable for those who are not as sensitive. This is due to the fact that people who have a greater level of empathy have a tendency to react negatively to the distress that other people go through, such as when they are tortured by a cunning killer in a movie.

Age and gender also seem to be important. One study discovered that men are more likely to be lovers of horror than women and that women and men may like distinct components of a horror adventure. Younger people also seem to be more drawn to this terrifying genre. That is to say, women would likely prefer a horror film more if it has a happy ending, while men tend to enjoy more graphic violence.

There’s a notion that people need to experience the entire spectrum of emotions in a given cycle of time to maintain a healthy mental state. Fear is a necessary emotion that serves to protect us from danger. The electrifying thrill we feel when we think our life is in danger is further pronounced, considering the world is becoming increasingly peaceful, with existential threats no longer lurking behind every corner. This positive change has caused people to look for artificial means to dust off this useful instinct.

Olivia Evans is a freelance copywriter and talented journalist. She showed a knack for writing early on and stayed true to her passion. Olivia has amassed an impressive portfolio of published work, and global news giants like the Economist have already taken notice of her work.

← Prev: Horror-Thriller 'Mid-Century' Slashes Its Way Onto Peacock Next: A War Of Biblical Proportions Wages In The First Look At 'Angels Fallen: Warriors Of Peace'' →