“Looking for a change one weekend, ER doctor Alice and her husband, Tom, rent a charming mid-century modern home designed by architect Frederick Banner. As they investigate the home, they learn that Banner and his two wives died mysteriously — yet their spirits are very much alive. As they meet Banner’s deranged son, they realize they must escape the home or succumb to its madness.”

Watch Mid-Century, now available on Peacock, or own it on Digital, Blu-ray, or DVD. 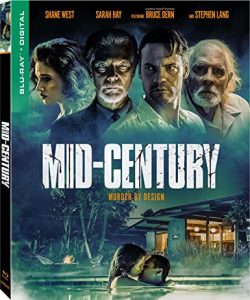 ← Prev: IllFonic Reveals First Of Multiple DLCs For 'Ghostbusters: Spirits Unleashed' Next: The Science Of Why We Love Scary Movies →