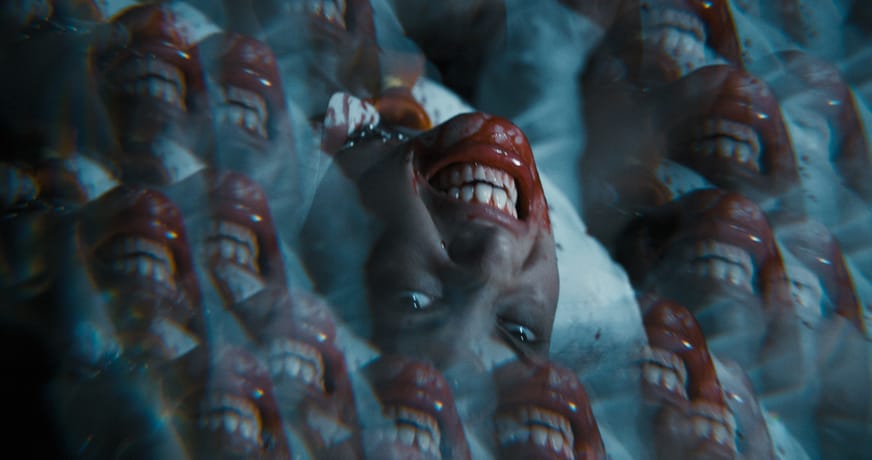 Ahead of its World Premiere at the Berlin International Film Festival, Jennifer Reeder‘s horror-noir Perpetrator has been acquired by Shudder and will be considered a Shudder Original. Today, we have the first look at the film.

Written and directed by Reeder, “Perpetrator follows Jonny (McKirnan), a wild and impulsive teenage girl living precariously in a town where young women continue to go missing and the power she’s forced to unlock to survive. At its core, a horror film inspired by the shared experience of generations of women, PERPETRATOR is equal parts modern mythmaking, a thrilling story of revenge, and an extraordinary exploration of youthful chaos.”

The marks Reeder’s second feature to screen at Berlinale following the 2019 break-out hit Knives and Skin, which IFC Midnight released theatrically, and marks her third collaboration with Shudder, preceded by Night’s End (2022), featuring Michael Shannon, and the critically acclaimed anthology entry V/H/S/94 (2021), which revived the widely popular found-footage horror franchise. Reeder was named one of Bong Joon Ho’s 20 upcoming directors for the 2020s, and her shorts and features have shown at festivals and museums around the world, including Sundance, Berlin, SXSW, The Whitney Biennial, and The Venice Biennale.

“Our third collaboration with Jennifer is her boldest, most exhilarating yet. PERPETRATOR is a wild coming of age tale, and we’re thrilled to continue to support a director like no other.” Shudder states about the acqusition.

“This is a significant moment for women working in genre films,” said Reeder on the film. “Women are very well suited for horror in particular — we have a personal relationship to fear from a very young age, and are able to bleed for days and not die. This film in particular, takes on the myth of the out-of-control teen girl — the wild child. In this story, she has agency in her lawlessness and embraces her abject nature. PERPETRATOR is dark but feminine, a nuanced noir, a grrrl power take on modern horror.”

“When we started developing the movie, the idea was to walk in the footsteps of powerful female horror references such as Cat People, Carrie, and Jennifer’s Body,” said WTFilms’ co-founder, Gregory Chambet. “On PERPETRATOR, everything gelled together perfectly: the unique voice of Jennifer, a breakthrough performance from Kiah, a great and surprising turn from Alicia, inspirational shots from our DP Sevdije Kastrati, and so much more. We assembled a dream team of partners with the strong know-how of Divide/Conquer, who have worked on numerous hit Blumhouse films, and the packaging talents of 30West. Shudder is the perfect home for our daring, bloody, and mysterious teenage tale and we can’t wait to share the movie with international distributors as well.”

Trevor Groth and Sarah Hong executive produced for 30West (TRIANGLE OF SADNESS), along with Adam Hendricks and Greg Gilreath for Divide/Conquer, Dimitri Stephanides for WTFilms as well as Emily Gotto for Shudder.

WTFilms, producers of the Xavier Gens-directed action-revenge feature FARANG, sold worldwide by StudioCanal, are handling sales on PERPETRATOR for all remaining territories and will launch sales at EFM. 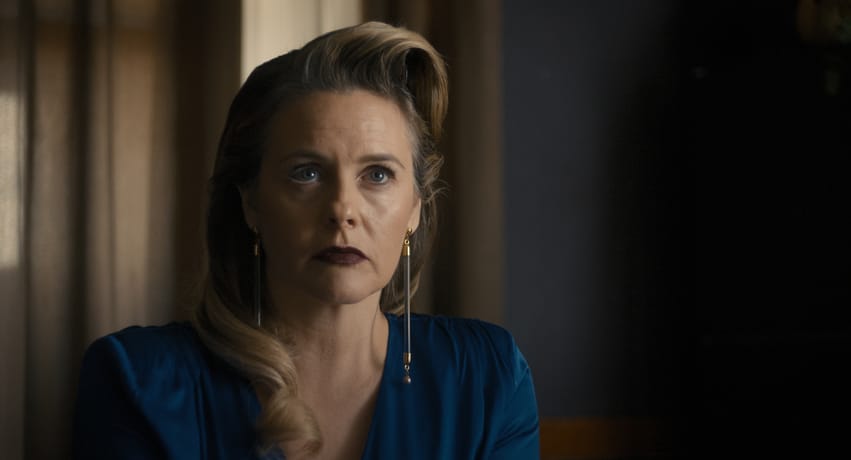 ← Prev: A Mother Comes Face To Face With Lilith In 'Lullaby' - Out Today From The Director Of Annabelle Next: All-Star Cast Announced For Upcoming Horror 'The Skulleton' →