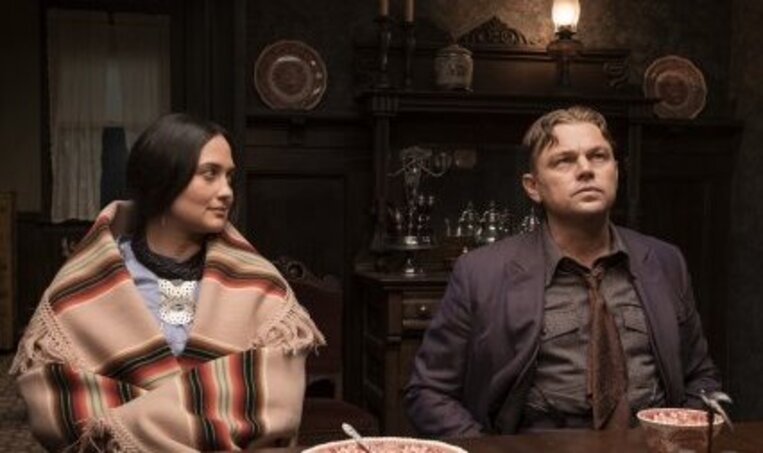 Leonardo DiCaprio sits down for dinner in the first image from the thriller Killers of the Flower Moon from director Martin Scorsese.

The film, based on the book “Killers of the Flower Moon: An American Crime and the Birth of the FBI” by David Grann, sees the serial murder of members of the oil-wealthy Osage Nation and a string of brutal crimes that came to be known as the “Reign of Terror.”

The Apple Original film is set to premiere in 2023 from Paramount Pictures. 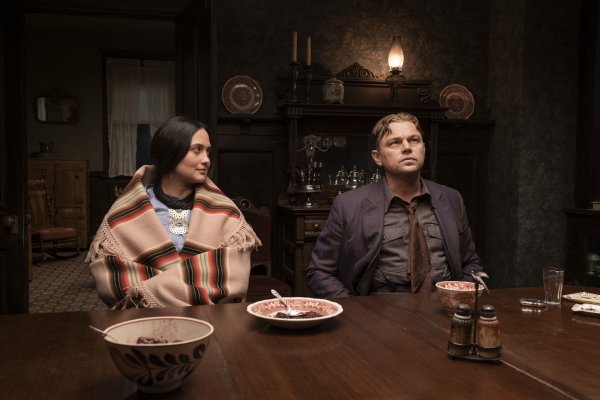 ← Prev: Lizzy Caplan And Joshua Jackson Lock Eyes In First Image From Paramount+'s 'Fetal Attraction" Next: 'There's Something Wrong With The Children' In This Movie's New Trailer →