Aussie Horror ‘The Devil Beneath’ Finally Getting A US Release (Trailer)

Kelli Marchman McNeely is the owner of HorrorFuel.com. She is an Executive Producer of "13 Slays Till Christmas" which is out on Digital and DVD and now streaming on Tubi. She has several other films in the works. Kelli is an animal lover and a true horror addict since the age of 9 when she saw Friday the 13th. Email: horro[email protected]

The highly anticipated action-packed creature feature, The Devil Beneath, starring Dan Ewing (Home & Away) and Tim Pocock (Dance Academy), is the first Australian film to feature a CGI character in a leading role. First released in Australia 6 years ago it is coming to the US for the first time. Originally titled Bunyip, the film has been re-edited, re-mixed, re-scored, and obtained by Vertical Entertainment!

Set “in the Australian Outback, two brothers discover old secrets and family lies. As their friends start to go missing, they fear they are being stalked by someone or something from their worst nightmares – But is it just a story? A legend? A hoax? Or is it real?

“I can’t recall a fully realized computer-generated character as a ‘lead’ in an Australian film before. I
don’t think it’s been attempted. Our VFX team will be working furiously all the way up to the cinema
release. We also used so many practical effects, daring stunts and huge sets. There’s so much in
the film that isn’t in the new trailer. There is still so much to reveal when you’re watching it!” Says
Writer/Director Luke Sparke.

The Devil Beneath will be unleashed on Digital on January 13, 2023. 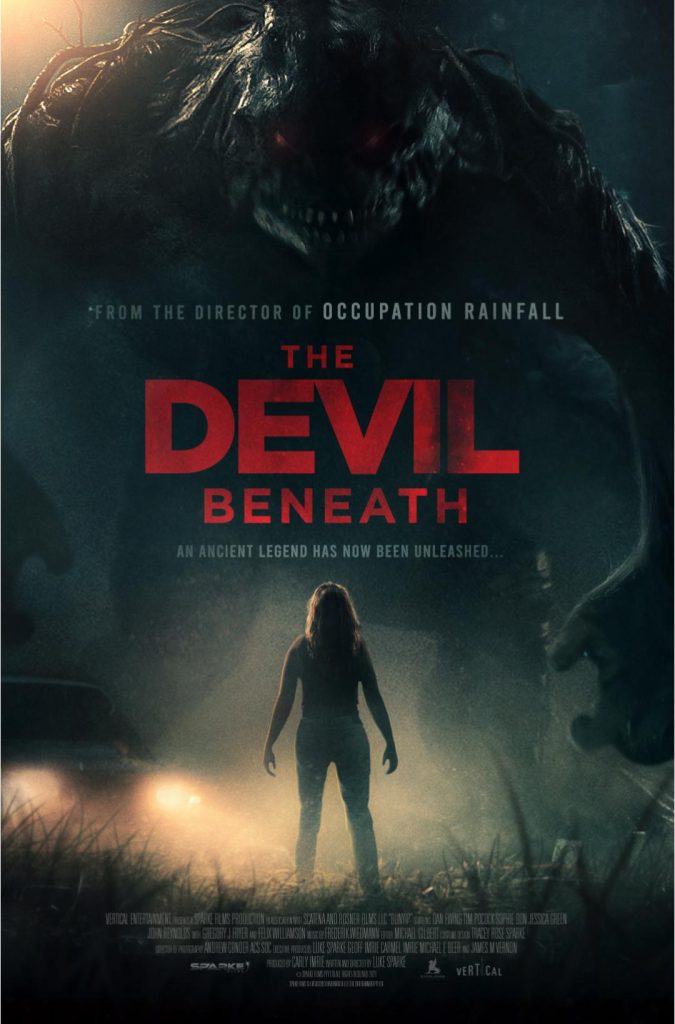 ← Prev: Negan And Maggie Roam Manhattan In The First Images From 'Walking Dead: Dead City" Next: True Crime Series "Manifesto Of A Serial Killer" Delves Into A Killer Team This January →