MidWest WeirdFest offers up an array of the mystifying and the mind-bending this year with its first-wave announcement for its seventh edition. Taking place March 3–5, 2023 at the Micon Downtown Cinema in Eau Claire, Wisconsin, the fest presents inspired documentaries and vanguard narrative films. Have a look-see at this first wave and check back with Horror Fuel for the second announcement!

MidWest WeirdFest announces its first programming wave for 2023 today. The cinematic celebration of all things fantastic, frightening, paranormal, and just plain weird, is now in its 7th year. The festival takes place March 3-5, 2023 at the Micon Downtown Cinema in Eau Claire, Wisconsin.

“The weirdest festival of the season is less than two months away, and I’m delighted to announce some of the genre, underground and esoteric gems we’re offering audiences this year,” says MidWest WeirdFest founder and programming director Dean Bertram. “From brand new UFO and Bigfoot documentaries, through offbeat and ultra-violent comedies, to nightmare inducing films featuring an assortment of witches, cyber terrors, and gore-splattered serial killers . . . and that’s just in the fest’s first programming wave!”

Individual tickets to each film will go on sale closer to the festival; both on the fest’s website, and directly from the Micon Downtown Cinema in Eau Claire, Wisconsin.

Full program details and filmmaker guests will be revealed in the coming weeks.

ACCIDENTAL TRUTH: UFO REVELATIONS (dir. Ron James) What if there was a film that could bring a mainstream audience up to speed on the modern UFO topic? Now there is. Narrated by Matthew Modine, this eye-opening documentary presents revelations on UFOs / UAPs from government insiders that have never been previously shared with the public. Colonel John Alexander, Lue Elizondo, Christopher Mellon, Nick Pope, Dr. Garry Nolan, Congressman Tim Burchett, Donald Schmitt, Dr. Michio Kaku and others help to “accidentally” weave a story that leaves no doubt that another intelligence is somehow operating around us, above us in our atmosphere, beneath our seas and in outer space. 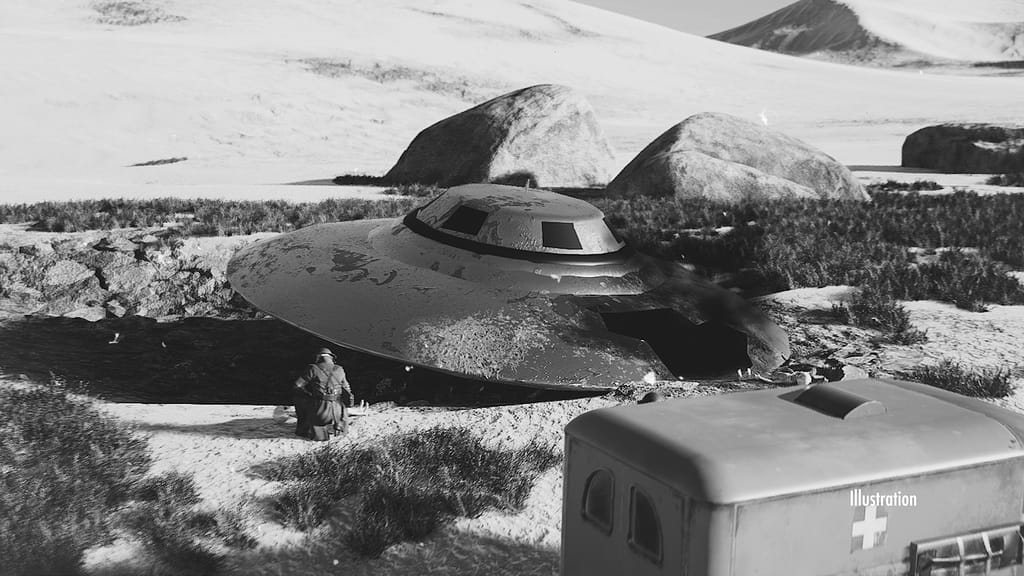 AGATHA (dir: Roland Becerra, Kelly Bigelow Becerra)  This visually stunning and deeply unsettling film follows “The Professor”, a man suffering from a terminal disease, who by a twist of fate, witnesses an incredible event involving his mysterious neighbor Agatha. Hoping to find a cure to his sickness, he agrees to follow her on a strange and risky journey into a forgotten but not entirely deserted urban wasteland, one which is haunted by conspiracies and witchcraft.

BIGFOOT AND MARTY (dir: Ronnie Ferguson) A peek into the work and world of two-time U.P. Poet Laureate and “Bigfoot poet,” Marty Achatz. The film features poetry readings by Achatz, as well as candid interviews with Bigfoot experts and other mystery hunters at the 2021 U.P. Bigfoot Conference. A Bigfoot documentary like no-other, one which transcends the crytozoological and speaks to the very human.

HUNDREDS OF BEAVERS (dir: Mike Cheslik) In this 19th century, supernatural winter epic, a drunken applejack salesman must go from zero to hero and become North America’s greatest fur trapper by defeating hundreds of beavers. From the filmmakers who brought us past fest favorite LAKE MICHIGAN MONSTER (Ryland Brickson Cole Tews and Mike Cheslik), HUNDREDS OF BEAVERS is one of the hottest (and weirdest) films on the current festival circuit!

KICK ME (dir: Gary Huggins) Fresh from its rave reviewed World Premiere at Another Hole in the Head Film Festival, KICK ME is a nightmare comedy about a school counselor whose compassion, generosity and dedication destroy the lives of everyone around him.  Its frenetic and relentless pace, which tracks the protagonists ordeal over one crazed night, evokes Martin Scorsese’s AFTER HOURS in the style of an early Robert Rodriguez action flick. It’s easy to see why director Huggins was named one of Filmmaker Magazine’s “25 New Faces of Independent Film”.