A new series, “The Rig,” has quietly made its premiere on Prime Video, and for the life of me, I don’t understand why it’s not getting more buzz.

In the series, a group of workers on a remote Scottish oil rig is set to return to the mainland; however, when a mysterious fog enshrouds them and a supernatural force takes hold, they find themselves in a struggle for survival.

First off, the cast is fantastic and boasts names such as Iain Glen (“Game of Thrones”) and Emily Hampshire (“Schitt’s Creek”), with supporting actors such as Owen Teale (“Game of Thrones”), to name a few. The entire cast leaves their mark thanks to their “all-in” emotional performances, with Glen’s character leading the way.

The supernatural force at the heart of the series is unlike anything you’ve seen before and is depicted with fantastic special effects. The thing is, the reason for the thing’s attack is kind of noble in a way. I found myself able to, in some ways, sympathize and even agree with the force’s mission, all while feeling sympathy for the characters. It created quite a conundrum.

I’m trying my best to find a way to narrow down precisely what genre the series falls under, but I’m struggling. It’s part sci-fi, thriller, drama, suspense, and action, with a bit of horror thrown in for good measure. It has something for everyone.

If you are looking for something different, gripping, and emotional, “The Rig” is what you need. Watch it now on Prime Video. And let’s pray that they decide to renew it. 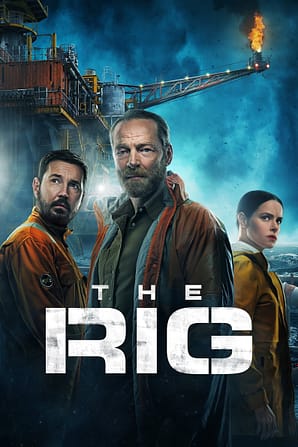