A new full length documentary delves into the making of George A. Romero’s 1982 Creepshow, titled Just Desserts: The Making of Creepshow. The film heading to Blu-ray later this year with a horde of special features via Synapse Films in conjunction with Red Shirt Pictures.

This past weekend Fangoria spoke with the documentary’s producer, Michael Felsher, at North Carolina’s Mad Monster Party Convention about the film, which he debuted at the convention. Just Desserts features interviews with Romero, makeup/creature FX genius Tom Savini, Producer Richard P. Rubinstein, and actors Adrienne Barbeau, Tom Atkins, Ed Harris and others. It also features on-set footage. Unfortunately Stephen King, who co-wrote Creepshow, will not be featured. The exact release date has not been announced at this time, but as soon as it is we will let you know.

Here’s a clip from Just Desserts featuring Tom Savini and George A. Romero.

← Prev: About This Week's Episode (6x15 East) Of The Walking Dead Next: An Upcoming Film Will Tell The True Story Of The Cannibal Killer Kathrine Knight → 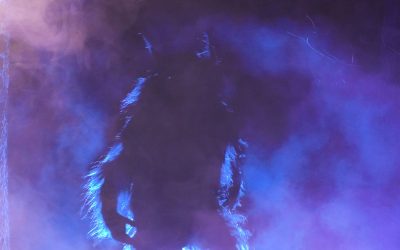 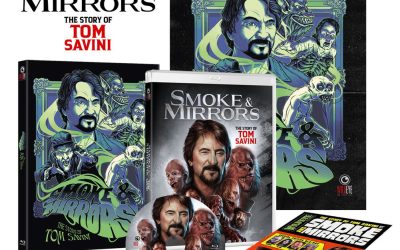 Wild Eye Releasing has now announced details on a special edition Blu-ray of Tom Savini: Smoke and Mirrors, the...