Talk You to Death: Filmmaking Advice from the Masters of the Horror Genre by Danny Draven

Talk You to Death: Filmmaking Advice from the Mavericks of the Horror Genre by Danny Draven is a new book by author and filmmaker Danny Draven. Draven is an award-winning writer, director, and producer of genre films. He has edited over 80 feature films, including films for Full Moon Pictures, Lionsgate, NBC Universal’s Chiller TV and the SyFy Channel as well as his own production company. He’s passionate about genre filmmaking and has penned several books on writing genre films. This book promises to be an interview series featuring directors, producers, actors, FX artists, and more – all with years of experience and many projects to their name. The book promises to be an introduction to these professionals and offer some deep insight into horror filmmaking for aspiring or indie creators.
Book Description:

Author & award-winning filmmaker Danny Draven introduces you to over 40 of his friends, mentors and colleagues working in the horror film business today. He conducts candid one-on-one interviews with each professional and asks all the right questions. The result is all the right answers that will give you and your craft an insider perspective on how to succeed in the movie business.The information is valid for people working in all genres, not just horror! A treasure trove of insider information to help you avoid the pitfalls. Listen up and let these pros TALK YOU TO DEATH!
The Featured Interviewees are:
Roger Corman (Legendary Producer of over 550 films like House of the Fall of Usher and Piranha)
Charlie Clouser (Composer of the SAW series, Resident Evil: Extinction, and former Nine Inch Nails band member)
Jeff Burr (Director of Leatherface: Texas Chainsaw Massacre 3, Puppetmaster 4 & 5)
James Cullen Bressak (Producer/Director/Writer of Bethany, Pernicious, To Jennifer and Blood Lake)
William Butler (Friday the 13th VII: The New Blood, Night of the Living Dead)
Jamie Bernadette (Producer/actress of The 6th Friend and I Spit on Your Grave: Deja Vu)
Mick Garris (director of Stephen King’s Sleepwalkers, Bag of Bones, Desperation, The Stand)
John Ottman (Composer/Editor of X:Men: Days of Future Past, The Usual Suspects, Halloween: H20)
Mark Ordesky & Jane Fleming (Former New Line Cinema execs and producers of Lovely Molly and Exists. Ordesky was an executive producer of the Lord of The Rings trilogy)
Kane Hodder (Jason from the Friday the 13th, part 7 to 10, Hatchet)
Tibor Takacs (Director of The Gate, Spiders 3D, Megasnake)
John Debney (Composer of Predators, Sin City, End of Days)
Jojo Draven (Composer of Patient Seven, Ghost Month, Reel Evil)
Michael Berryman (The Hills Have Eyes, Weird Science)
Mike Mendez (Director of The Gravedancers, Big Ass Spider! Tales of Halloween, Don’t Kill it)
Neal Marshall Stevens (Screenwriter of Thir13en Ghosts, Hellraiser: Deader)
Chris Alexander (Editor, Filmmaker and Writer)
Jessica Cameron (Actress/Director of Truth or Dare & Mania)
Denise Gossett (Founder of Shriekfest Film Festival)
James Wan (Saw, Insidious, The Conjuring, Fast & The Furious 7, Aquaman)
Robert Englund (Freddy from Nightmare on Elm Street)
Robert Kurtzman (From Dusk Til Dawn)
Stuart Gordon (Director of Re-Animator, From Beyond, Dagon, Dolls, The Pit and the Pendulum, Castle Freak)
Tom Savini (Night of the Living Dead)
Lloyd Kaufman (Toxic Avenger series, Troma president)
Charles Band (Producer and Director of Parasite, Metalstorm, Ghoulies, the Puppet Master series and over 200 other cult classics)
John D. LeMay (Friday the 13th: The Series)
David DeCoteau (Puppet Master 3, Sorority Babes in the Slimeball Bowl-O-Rama, Creepozoids)
Debbie Rochon (Tromeo & Juliet, Model Hunger)
Reggie Bannister (Star of the Phantasm films)
Sam McCurdy (Director of Photography of Dog Soldiers, The Decent, The Hills Have Eyes 2)
Nathan Barr (Composer of Hostel,True Blood, Hemlock Grove)
Jim Dooley (Composer of When A Stranger Calls)
Chuck Williams (Bubba Ho-Tep)
Herschell Gordon Lewis (Blood Feast, Wizard of Gore)
J.R. Bookwalter (The Dead Next Door)
and more…

Review:
Talk You to Death takes an interesting approach to book writing. There is no letter of introduction. There’s no gradual transition into the book or between one interview and the next. It’s very much like reading an interview out of FANGORIA or Wicked Horror, so it’s something horror fans are likely to enjoy. The interviews do feature many well-known names in the horror genre, and the interviews are provided alphabetically in the book.
I can’t speak to the book’s claims that it will help make readers better filmmakers, not being one myself, but it was interesting to read as a fan. If you love horror, you’ll find it to be an interesting read and something you can enjoy, especially once you dive deeper and see what creators think about progress being made in the industry.
For instance, it was great to see what the former editor of FANGORIA magazine thinks independent filmmakers should avoid when creating their first projects or what Jamie Burnadette (from I Spit on Your Grave: Deja Vu) thought the best direction she’d ever received was. James Cullen Bressack was another interview I enjoyed reading, as I’ve had the privilege of interviewing him in the past, as well.
The book is enjoyable because as a fan or a viewer, you have a different perspective of what might make a scene, character, or story terrifying. Getting to see how and why things are scary through the eyes of actors, FX artists, producers, and directors helps paint a clearer picture.
If you love horror, you’ll learn a lot from Draven’s interviews. However, with the lack of editorial commentary, if you don’t like reading interviews this is not the book for you.

← Prev: There Are Terrible Creatures Lurking In The New Bloody Trailer For THE MIST Next: Horror Dominates The 2017 MTV Movie & TV Awards → 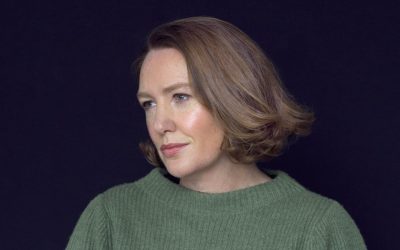 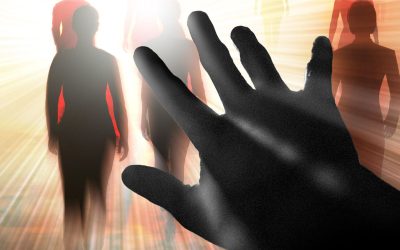 What happens after we die? That's a question that has plagued humanity forever. A new book, Dying Light: An... 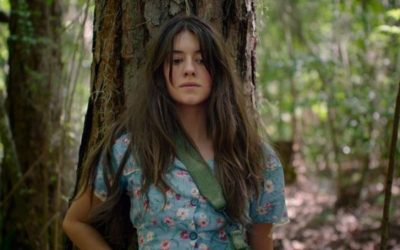 Suspense Thriller ‘Where The Crawdads Sing’ Coming To Theaters

Outcasts are always the first to have suspicions cast upon them. That's the case in the soon-to-be-released suspense...