As of Friday morning of July 6th, 2018 (Japan Time) and Thursday evening of July 5th, 2018 (EST), infamous cult leader Shoko Asahara (63) was put to death by hanging along with five other cult members.
Asahara was the leader of the Doomsday cult Aum Shinrikyo whose core belief is that Japan and the United States would engage in a nuclear war that will wipe out humanity. 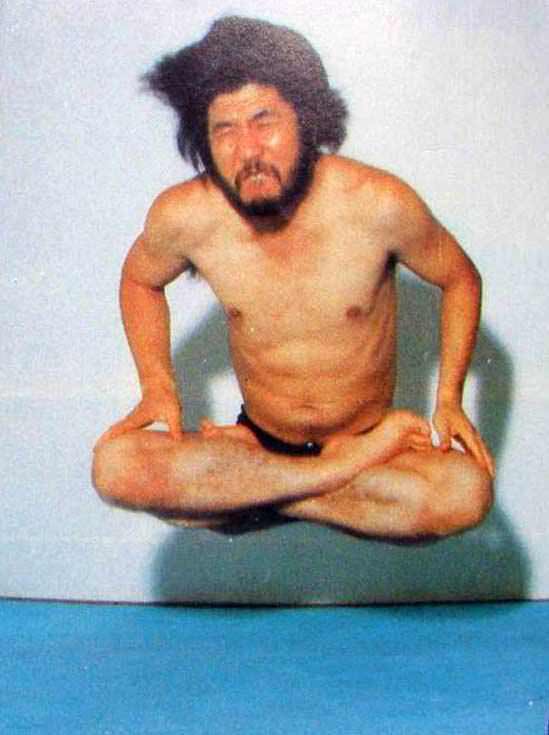 He also claimed he could levitate in a lotus position, only when no one’s looking…

The cult that was inspired by many mangas and animes (the most influential one being ‘Akira’) was responsible for many heinous crimes across Japan ranging from kidnappings to murder, the most notable incident being the 1995 nerve gas attack in the Tokyo Subway that killed 12 and injured thousands. Soldiers of the JSDF, washing away remnants of sarin.

According to Asahara’s doctrine, the gas attack(s) would spark a war between the US and Japan leading to the apocalypse. Months before the Tokyo Subway attack, a similar incident took place in Matsumoto, a residential area where gas was released from a truck that drove through the area resulting in the death of around eight people and injured hundreds.
Despite being labeled as a religion, the cult acted more like an organized crime syndicate. Followers were expected to surrender all their money (and money they collected for the cult) to Asahara. Anyone who publically spoke ill of the group either disappeared or murdered. Tsutsumi Sakamoto, a lawyer working on a class-action lawsuit against the cult, along with his wife, and one-year-old son were brutally murdered by the group in 1989.
Asahara was convicted in 2004 by the Tokyo district court who also gave him the death penalty; in 2006 the Japanese Supreme Court finalized the conviction and sentencing. 191 other members of the cult were sentenced for various crimes, as of right now Asahara and the five other members were the only ones executed. 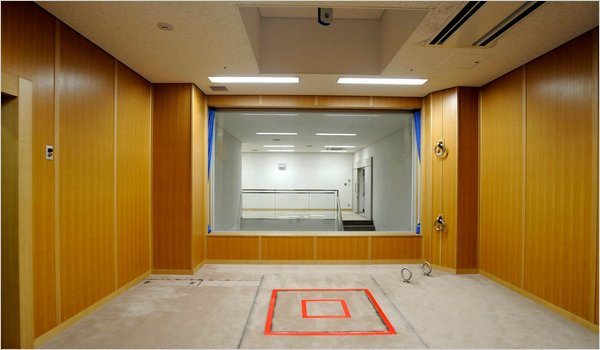 A hanging room in a Japanese Prison. The condemned stands in the middle of the red square facing a window where they’re watched. The noose goes through the metal rings on the walls leading to a pully above. In another room, multiple buttons are pressed at the same time in which only one button actually opens the trap door.

← Prev: 'Godzilla: City on the Edge of Battle' Coming To Netflix This July Next: Movie Review: Triggered (2018) →