After Midnight (formerly titled Something Else) is an odd beast, in the best way. It pushes boundaries on genre blending, resulting in a creature feature film that may be too slow for those hoping for an outright horror outing, but it will highly reward viewers interested in the current trend of quieter, personal fright fare.

Writer and codirector (with the film’s cinematographer Christian Stella) Jeremy Gardner (who also helmed, scripted, and starred in The Battery [2012]) stars as Hank, a man content with settling down at his old family home, which is in a state of disrepair, and hunting with buddies when not comanaging the bar he owns with long-time girlfriend Abby (Brea Grant of Beyond the Gates [2016] and Dead Night [2017]). When Abby leaves suddenly with only a short note that doesn’t explain much to announce her departure, Hank becomes isolated and his behavior becomes erratic, including seemingly battling nightly with what he claims to be a monster. Filmmaker Justin Benson (who, with Aaron Moorhead, cowrote, codirected, and costarred in The Endless [2017], and helped produce this film), costars as Abby’s police officer brother, who rides Hank about why he hasn’t married Abby in all of the time they have been together, and is highly skeptical about any monsters being in his jurisdiction.

After Midnight shows through flashbacks how Hank and Abby got off to a wonderful start in their early days, and their present situation is beautifully addressed in a powerful two-shot scene that lasts several minutes. Hank’s alcohol-soaked battles against himself and what he believes is a monster are superbly portrayed by Gardner, as his character is put through both emotional and physical wringers. Grant is outstanding, and her talent is highlighted by a heartbreaking party scene with friends during which her character goes through a series of emotions, most of which are communicated silently, using only facial expressions and body language. The creature, presented in the classic manner of slowly hinting at what it looks like before giving a full reveal, is marvelously designed using practical effects.  Beautifully acted, directed, written, and shot, After Midnight comes highly recommended, especially for viewers who enjoy such meditative horror fare as Benson and Moorhead’s Spring (2014).

“Horror films don’t win awards, but psychological thrillers do,” according to a character in director Graham Denman’s terrific film Greenlight. Made with a loving reverence to such masters of those two genres as Alfred Hitchcock and Brian De Palma, Greenlight sees earnest, talented, but struggling short-film filmmaker Jack (Chase Williamson of Artik [2019] and Beyond the Gates [2016]) trying to catch a break and land his first shot at helming a feature.

Jack’s supportive girlfriend Shantel (Evanne Friedmann) has just had her first novel published, and he is feeling pressure from her disapproving parents, who feel he is a “bum” leeching off of them for rent. When he meets actress Sarah (Nicole Alexandra Shipley) on set for a film on which he is doing production assistant work, she tells him about a producer looking for a director and passes Jack’s name along. After a grueling, intimidating interview, that producer, Bob Moseby (Chris Browning of Let Me In [2010] and Mercy [2014]), hires Jack to helm the film Sleep Experiment, but after his initial elation, Jack learns that Moseby expects him to repay his generosity by being a willing accomplice to a heinous crime.

Patrick Robert Young’s screenplay, from a story by Denman, is smart and tight, filled with insider references to filmmaking and horror movies in general that most cinema and fear fare fans will understand, and often nod in agreement or chuckle with. Occasional humor, often dark, helps with the pacing and tension. The entire cast is marvelous, especially Williamson, who makes Jack a believable person who is easy to relate to and root for. The character’s arc allows Williamson to go through a wide variety of emotions, and the actor nails each one convincingly. Moseby is superb as the villainous producer, whose initial impression as an egotistical jerk provides a mere glimpse of what is in store later.

Denman paces his debut feature splendidly, giving viewers plenty of reasons to get behind the protagonist and his charges, and ratcheting up the suspense in the manner of the aforementioned master directors. Cinematographer Powell Robinson captures the proceedings with aplomb. Highly recommended, this horror thriller delivers with mystery and tension to spare.

Wrinkles the Clown is a documentary that takes a unique approach, mixing straight documentary with mockumentary and horror movie elements. The titular character and focus of the film is the internet sensation who debuted on YouTube in 2014 in a nanny cam video, climbing from under a little girl’s bed because he was supposedly hired by her parents to frighten her out of bad behavior. The phenomenon took off, aided by more videos and stickers with Wrinkles’ phone number. Part of the documentary looks at the types of calls Wrinkles receives, from parents trying to scare their children, to adults and children making death threats against him. The man behind Wrinkles’ creepy mask is interviewed, and said to be a senior citizen amusing himself in his time left on Earth. Later, though, director Michael Beach Nichols adds a twist to the proceedings, and previous thoughts and ideas give way to new ones. Wrinkles the Clown is an effective, thought-provoking, and sometimes eye-opening look at not just clowns and how they are perceived in today’s American culture, but also at social media and children’s use of it, as well as differing ideas of effective and irresponsible parenting.

The above films were part of the program for Chattanooga Film Festival’s annual Halloween installment, the Frightening Ass Film Fest, which was held on Saturday, October 26, 2019, at Chattanooga’s Stone Cup Cafe’s Dark Roast Room.

French-Moroccan Horror ‘Achoura’ Finally Getting A US Release (Trailer) 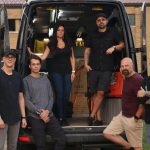 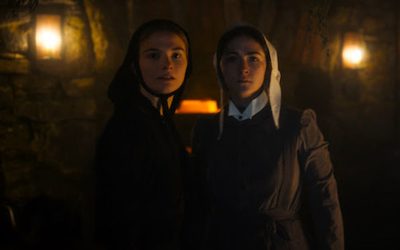 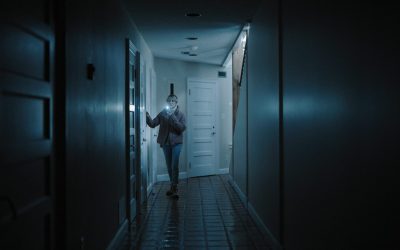 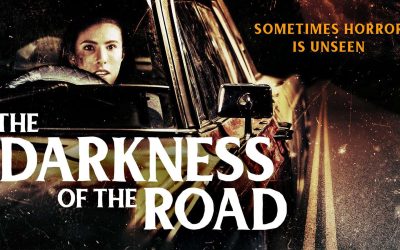 Witness The Terror Filled Horror Thriller ‘The Darkness Of The Road’